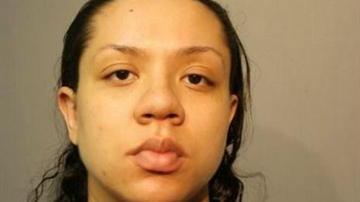 CHICAGO-- A pregnant  woman who is a convicted Milwaukee bank robber has been charged with trying to bring a loaded gun on a plane at O'Hare.

26-year-old Angelique Kittell said in court through her attorney that she did not know that the loaded .25 caliber gun was in her backpack. The gun had five bullets in the clip.

Judge Adam Bourgeois told her to save her argument for trial and set bond at $50,000.

A TSA screener spotted the gun during a scanning of the backpack at O'Hares Terminal 3.

Kittell's 2008 bank robbery conviction disqualifies her from carrying a gun under any circumstance.

She faces one felony count of boarding an aircraft with a weapon.

Kittell is seven months pregnant. She will be held in the Cook County Jail's Cermack Hospital until she's bonded out or gives birth.