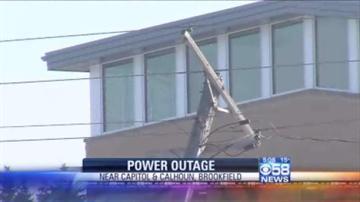 Power was restored in about two hours by We Energies.

The power was originally knocked out after a semi snagged cable TV wires and broke a pole.