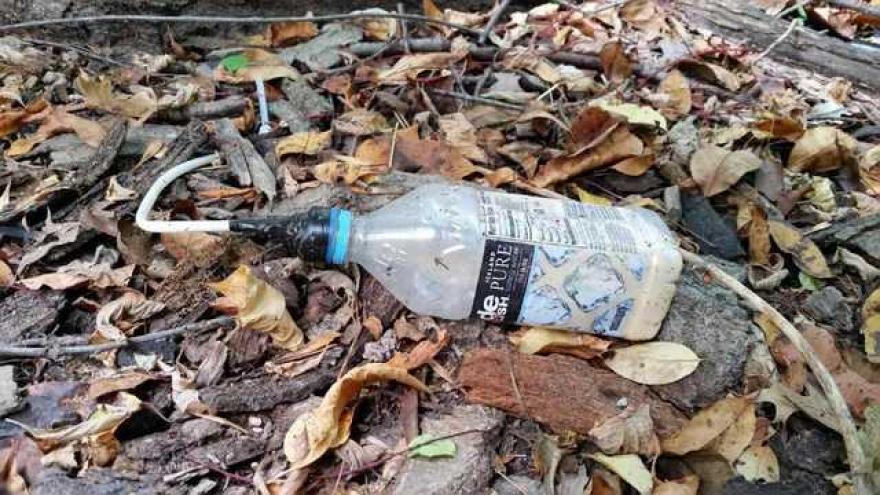 GREEN BAY, Wis. (WFRV) - The Brown County Drug Task Force hopes the community will step forward to help the agency identify what it calls 'the cook' of a methamphetamine 'one pot' which was dumped in Fireman's Park on West Mason Street.

The ingredients to make the meth were found along a walking trail in a wooded area of the park. The Sheriff's Office says the items found came from stores including Walgreens, Shopko and The Dollar Store.

"The evidence leads investigators to believe the "Cook" was successful in the manufacturing of Methamphetamine and will attempt making it again in the future;" a news release reads.

If anyone has any information concerning this case please call the Brown County Sheriff’s Office at (920) 448-4230. Callers can remain anonymous and may be eligible for a reward by calling Crime Stoppers at (920)432-7867 or text GBTIP and your tip to 274637 (crimes).