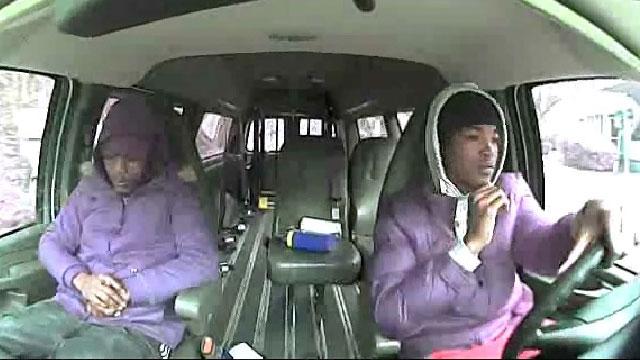 Police said the occupant of the vehicle reported it stolen January 23 from a parking lot in the 3500 block of Martin Luther King Drive. He told police the keys were left inside the van.

The van was found by police in the 400 block of Bolton Road. The keys were not found with the van.

Police stated they located an Otterbox case inside the vehicle, which belongs to Grady, and was issued to the driver who reported the van stolen. The phone was missing but police discovered the front screen protector had several visible prints on it. The phone case was submitted as evidence.

Latent prints from the driver's door and a video camera were submitted as evidence as well.

In the video, you can see the suspects texting, laughing, and the passenger is even smoking an unknown substance.