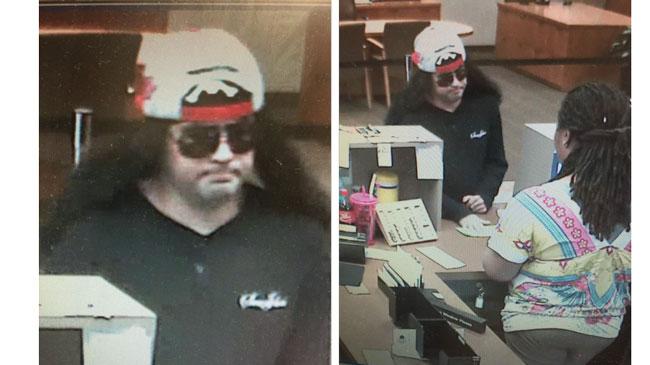 Milwaukee Police are asking for the public to help identify a suspect involved in the Tri City National Bank armed robbery on Tuesday.

According to police, the suspect entered the bank, demanded and received money and fled the area on foot.  The investigation is ongoing and MPD continues to seek the suspect.

He has bushy eyebrows.

He was  wearing a red/white Miami Heat Baseball cap with a pirate bandana and suspected wig underneath, sunglasses, a black Henley style three button collarless shirt with white writing on the left chest area, blue jeans with white accents on the rear pocket, and black or gray shoes with white accent piping around the top of the sole.