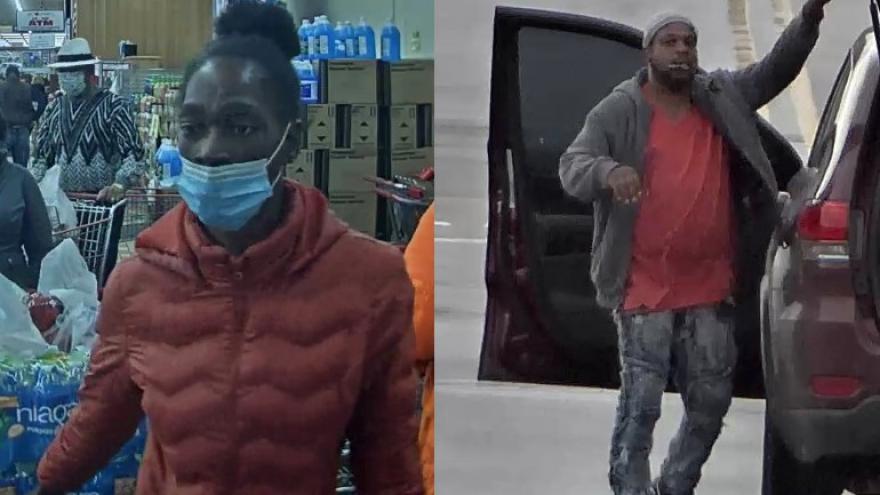 Menomonee Falls Police Department says the suspects stole items from the store and used force against two employees to do so.

Police describe suspect #2 as a Black female, with a small build. She was last seen wearing a red hooded coat and blue jeans.

The pair fled from the store in a red Jeep Grand Cherokee.

Anyone with additional information is asked to call the Menomonee Falls Police Department at 262-532-8700, or contact Waukesha County Crime Stoppers by calling 1-888-441-5505.