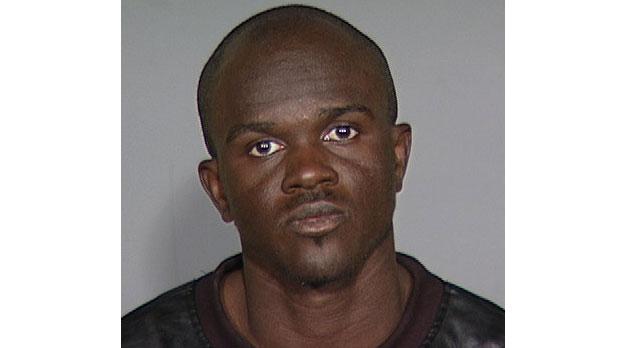 Milwaukee Police are looking for a man who has allegedly trespassed into three different women’s apartments late night on the East Side.

Terrance Thomas has been charged with three counts of criminal trespass

An arrest warrant has been issued.

He is described as being 5-feet 9-inches tall.

According to the criminal complaint, three different women on different occasions allegedly found Thomas in their apartments without their permission.

All three women identified him in a photo array.

Anyone with information on his whereabouts is asked to call Milwaukee Police District One at 414-935-7211.

A woman awoke to Thomas standing over her in her bedroom.  He told her to stand up and give him a hug. She was terrified he was going to rape her. She said they sat down on the edge of her bed and engaged in a ten minute conversation. When she asked him how he got into her apartment, Thomas allegedly told her he had the keys to her apartment. He then asked her to walk him out.   A few weeks later the woman called police and said she had seen the defendant walking the halls of her apartment building.

A woman awoke to Thomas opening her door and walking into her apartment. She said, “Hello.”

She then observed the defendant take several steps toward her insider her apartment. She told him, “You need to leave.”  Thomas ignored her. He mumbled something to her and then walked into the hallway and left her residence.  A week later, she was at her apartment with her brother when they heard the door knob opening. She witness Thomas walk in and asked if they could help him. He replied, “I’m lost.”

A woman was sitting in her living room around 1:00 AM when she heard a noise coming from her kitchen. She walked towards the kitchen observed Thomas standing in the hallway near her kitchen. He asked, “Is Steve here?” She closed the door to her kitchen and Thomas left the residence.