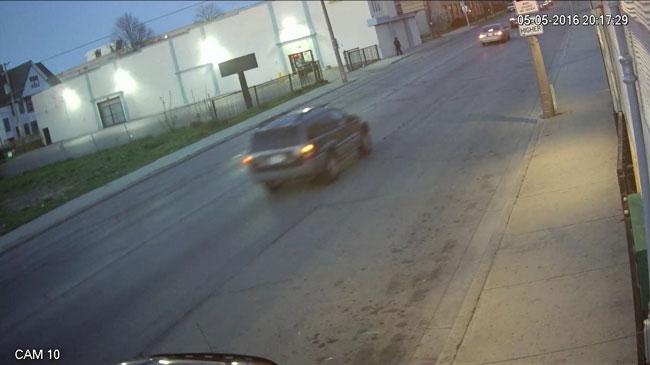 UPDATE: The owner of the white Oldsmobile Alero shown in the picture MPD disseminated on Monday (in regards to the May 5 shooting of the 9-year-old girl), came forward.

According to police, further investigation revealed neither this owner nor this vehicle were involved in the shooting.  MPD is still seeking the driver of the green Jeep Cherokee.  Anyone with information about that vehicle or the shooting is asked to call Milwaukee Police at 414-935-7360.

ORIGINAL: Milwaukee Police are asking for the public’s help in locating two vehicles wanted in connection with the May 5 shooting of a 9-year-old girl near N. 15th Street and W. Meinecke Avenue.

According to a release by police, the first vehicle (picture attached) is of a 4-door, white Oldsmobile Alero believed to have taken part in the shooting.  Inside of the car were three black males who were armed with rifles and a handgun.  The driver was a black male, approximately 25-years-old, low-cut hair, medium build, and wearing a black t-shirt.

The second vehicle (picture attached) is a green Jeep Cherokee whose driver may have information regarding the shooting.  The driver was a white male, in his 50’s, who was wearing a puffy vest and jeans.