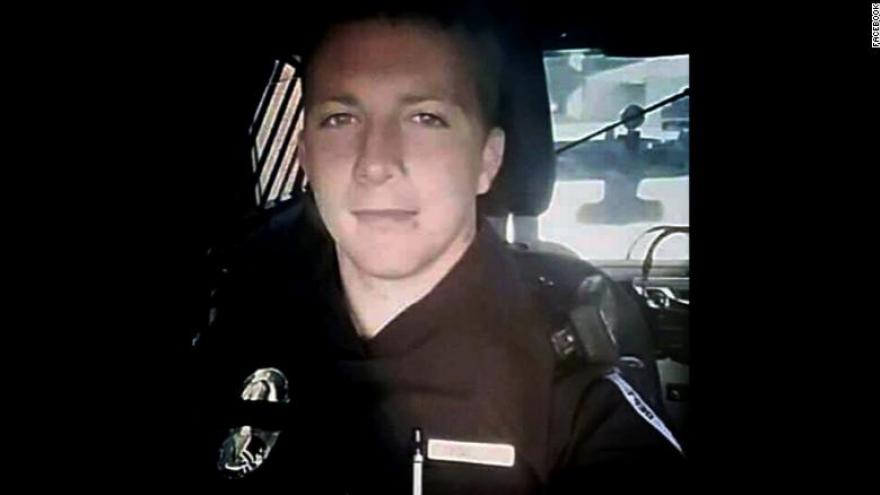 CNN)An Oklahoma police officer died on Monday after he was wounded in a shootout overnight, police said.

He has been identified as Officer Justin Terney, 22.

"My department's not doing good," he added.

The shooting followed a traffic stop in Tecumseh late Sunday, Kidney said. During the stop one of the people in the vehicle took off and ran, he said.

Terney chased and used a Taser on the person -- but he was able to scramble through a wooded area into a pasture. The officer and the suspect later "were involved in gunfire," Kidney said.

The officer and suspect were transported to Oklahoma University Trauma Center in Oklahoma City. Kidney said. Terney was using a bullet-proof vest and body-cam footage was retrieved.

Aspired to be a canine officer

Officials and citizens kicked off an emergency blood drive in an effort to keep the officer alive. But Terney succumbed despite all-out efforts to save him, dying about 8:40 a.m.

There was a much-appreciated outpouring of support from officers in different departments throughout the region, Kidney said. "I've been here about 22 years and this is our first officer-involved shooting," he said. "We haven't had to live through this yet."

Giving hugs and prayers, Kidney said, "is about the only things we have going for us" now.

"We've got officers who've never experienced this, never been through anything like this."

Terney joined the department in January 2016, just after he turned 21. His dream was to be a canine officer. "He has a small pup," Kidney said. "He was already starting to work with his dog."

Kidney described Terney as a gung-ho lawman focused on initiatives such as getting drugs off the street.

"A very young man, just getting started in his career," he said.

Authorities were working the scene of the shooting and the suspect remained in the intensive care unit Monday morning. His identity was not immediately available.