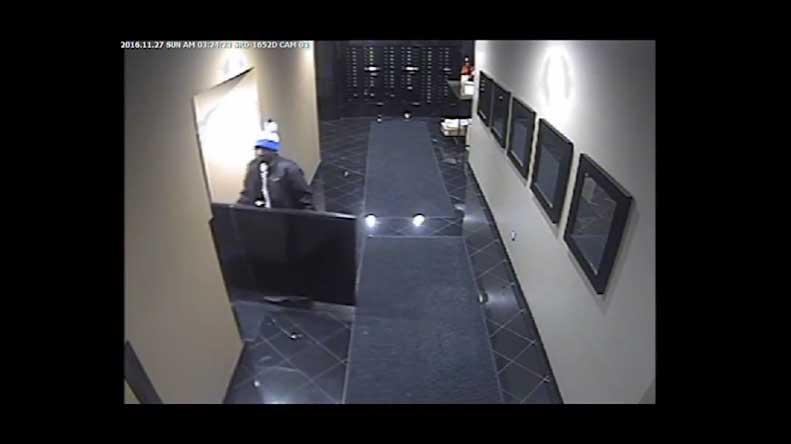 Milwaukee Police are asking for the public’s help in identifying a suspect wanted in connection with a burglary at an apartment building in the 200 block of E. Pittsburgh Avenue around 3:00 a.m. on November 27, 2016.

The suspect broke into the building by prying a lock on the door and then removed a television and fled from the scene.

The suspect is described as a black male, in his late 20’s or early 30’s, 5’6”-5’10” tall, 145-165 pounds, with a medium complexion, short beard and mustache. He was last seen wearing a blue and white stocking hat with a tassel, a dark leather-waist length jacket, a Green Bay Packers jersey, dark colored pants, and tennis shoes.

The suspect is believed to be responsible for the following similar burglaries: