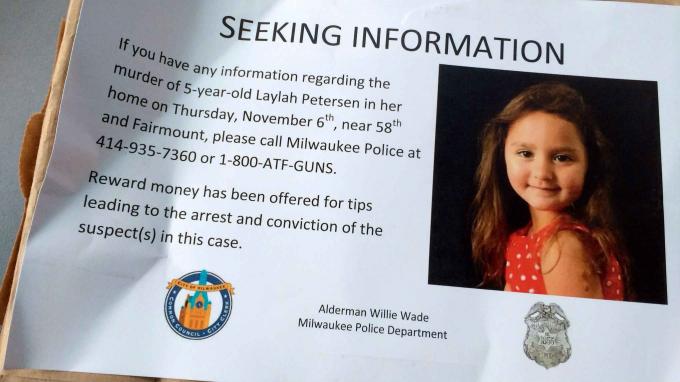 Aldermen and police are going door to door passing out flyers in hopes of finding the killer of 5 year old Laylah Petersen.

The flyer lists phone numbers for local police and the ATF.

Laylah was shot in the head after someone fired shots in the northwest side home of her grandparents. She was sitting on her grandfather's lap at the time. Her older sister witnessed her dying.

It happened back on November 6th and there are no significant leads to report.

\"This is the first time I've had something like this happen in my district,\" Alderman Willie Wade told CBS 58 News. \"I've been here over a decade and it's really rare and really tough to think of the innocence of it and the family and what they're going through. It has to be the worst day of their life.\"