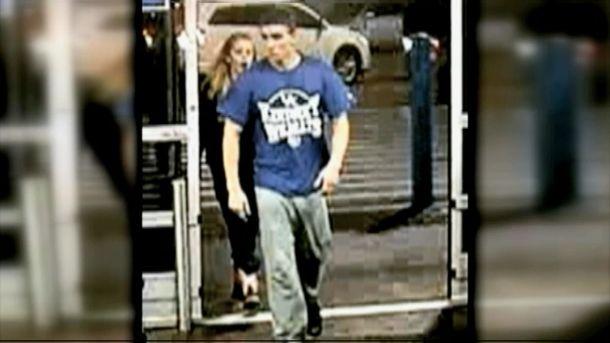 (CNN) A teen couple from Kentucky was arrested Sunday after two weeks on the run following a series of car and gun thefts.

The two are suspected of stealing three cars -- two with guns inside -- in various states. They were the subjects of a search that stretched from Kentucky to Georgia.

Authorities discovered them asleep in a Toyota Tundra stolen in Georgia, the Grayson County Sheriff's Office in Kentucky said in a statement.

\"The vehicle was surrounded by law enforcement, and both Hayes and Phillips were taken into custody without further incident,\" the sheriff's office said.

Officials are trying to get them extradited back to Kentucky to face multiple felony charges.

During their time on the run, authorities described the young couple as \"increasingly brazen and dangerous.\"

\"I know Dalton, and he has a history of making bad, bad decisions,\" Sheriff Norman Chaffins said.

\"I was the school resource officer before I was elected sheriff. Dalton is known to have disciplinary and defiance issues at the high school with authority.\"

Hayes was recently charged with burglary and was out on bond, the sheriff said.

On the run for two weeks

Cheyenne's family reported her missing January 3 from Clarkson, Kentucky. Hayes' relatives said they last heard from him in a text message on January 6.

Chaffins said the couple first stole a truck in Clarkson.

Jim McGrew, its owner, told CNN affiliate WAVE the teens took the truck out of his garage and sped down the road before crashing into a fence and fleeing on foot. The wreck caused about $7,100 in damage to his truck, he said.

An hour later, they stole a Toyota Tacoma pickup truck with a firearm inside, authorities said. That pickup was recovered in Henry County, Georgia, just south of Atlanta.

This week, the sheriff's department said the couple was spotted on security-camera video at a Walmart store in Manning, South Carolina.

A Toyota Tundra pickup with a Georgia firefighter license plate was reported stolen from the area around the same time. That truck had two handguns inside -- a .38-caliber and a .45-caliber, the sheriff's department said.