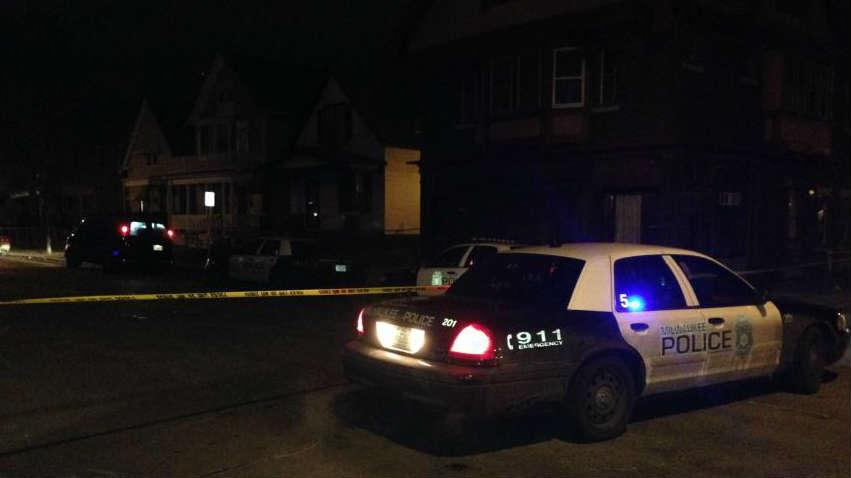 The Milwaukee Police Department is engaged in a death investigation at a home on the 3200 block of N. Richards St. Police officers found two deceased individuals at the home around 1:30 p.m.

Police arrested a 26-year-old male who lives at the home. The police department is waiting for the Milwaukee County Medical Examiner's Office to determine the victim's cause of death.

Captain Aaron Raap with the Milwaukee Police Department Homicide's Unit says one officer encountered the 26-year-old man with a knife, when officers first arrived at the scene.

\"One of the officers encountered a male subject at the rear of the residence who began waving a knife at the officer, and chasing him through the gang way on north Richards street”, said Captain Aaron Raap. “The officer exercised extreme restraint, and was able to talk the subject into dropping the knife, and being taken into custody, peacefully.\"

Police believe the two victims have been dead for some time.

\"At this point and it's very early on, we believe one or both victims have been deceased for some time”, said Captain Aaron Raap. “To go anymore into details, I simply cannot, and will not.\"

Wallschlaeger says neighbors heard commotion at the house last week, and early Monday morning, and that violence in the neighborhood has become too common.

\"Honestly, living in the neighborhood, and living around here, it really isn't that amazing”, said Brian Wallschlaeger. “We have gunfire, and my wife found a dead body in the streets before, gunfights.\"