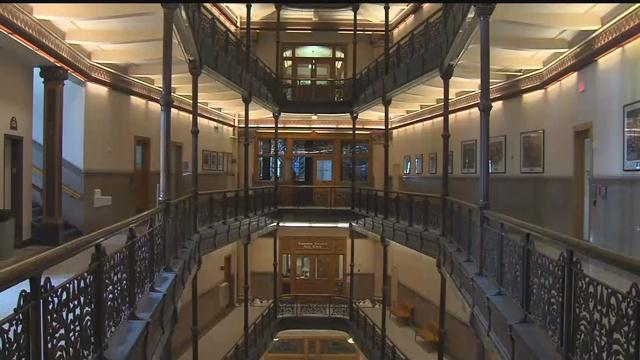 Tuesday the Milwaukee Common Council and Milwaukee Police Chief Flynn met for the first time since violence broke out in Milwaukee.

Some alders are saying the answer may start at tonight's budget hearing, right next door.

"I was glad I was able to sit down with chief along with other aldermen -- hear their concerns, hear the chief's explanation of what he could tell that was going on for the past few days, and what they've learned," said Alderman Terry Witkowski, District 13.

Witkowski couldn't disclose everything discussed in the meeting, but says they also talked about solutions.

"Several aldermen expressed that there's frustration in the community. I think we want to get to the bottom of what's the frustration," said Witkowski.

Tuesday night at 6 p.m., the mayor will be just across the street from city hall. The public is allowed to give input on the 2017 city budget.

In the middle of the violence Saturday night, Alderman Stamper asked those affected to attend the preliminary budget hearing to start change.

"The budget planning really starts in January. They're at the tail end of it now, and I think if anybody had an answer that cured everything it would have already come out," said Witkowski.

The Mayor's Preliminary Budget Hearing is at the Ziedler Municipal Building, right next to city hall. Mayor Tom Barrett, Finance and Personnel Committee Chair,
Alderwoman Milele Coggs, Budget Director Mark Nicolini and budget staff will provide information regarding the budget planning process and give attendees an opportunity to share input on City services.