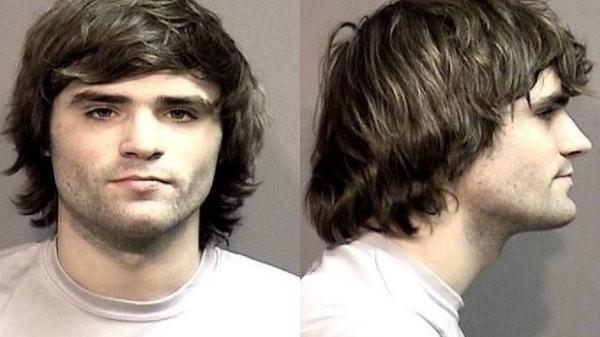 (CNN)Authorities in Missouri have apprehended a second person suspected of making threats on social media.

The Northwest Missouri State University student was taken into custody around midday Wednesday at his residence hall, campus police said.

"University Police had received a report that the suspect made threats on Yik Yak, a social media application, to harm others," a university statement said.

The developments came in the wake of protests at the University of Missouri that brought down two school officials.

Reports of racially charged threats have permeated social media. There was also a rumor the Ku Klux Klan had arrived on the Columbia campus, which turned out to be baseless.

Yik Yak is a social media app that allows users to share anonymous messages, or Yaks, with others in a 5-mile radius.The first arrest was logged by campus police at the University of Missouri in Columbia, some 200 miles from Northwest Missouri State in Maryville. They said Hunter M. Park, 19, was arrested early Wednesday for also posting threats on Yik Yak and other social media.

Park, who is from Lake St. Louis and is not a Mizzou student, was transferred to the campus police department, charged with making a terrorist threat and transferred to Boone County Jail where he was held on a $4,500 bond, police said. He was "contacted" by police 90 miles away in Rolla.

It was unclear how police homed in on the suspect. One of the app's developers, Brooks Buffington,told CNNMoney earlier this year that while federal law prohibited the sharing of personal information, "in cases of imminent threat or harm or something like that, we work with law enforcement to do what we can."