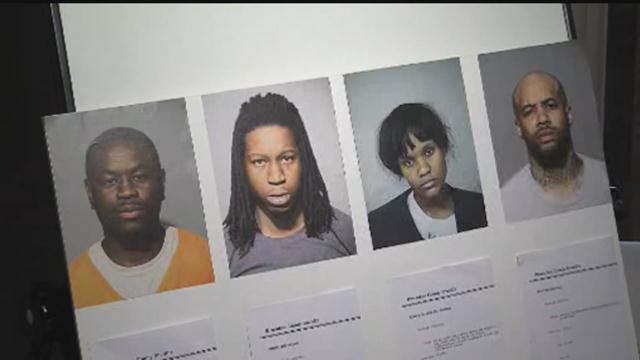 Four suspects who were arrested earlier this month in connection with a plot to murder case appeared in court for preliminary hearings Wednesday.

In court, Beaton, Lyons, and Antonio Smith waived their right a hearing.

But the attorney for Shaheem Smith asked the judge for a competency hearing before they move forward.

“I have a concern that my client cannot voluntarily knowingly either waive the right to hearing or consent to have a hearing. And his ability to aid in his defense and to assist me in building a case is impossible at this time," his attorney said.

The judge did order the exam. Smith will be back in court in December.

The other three suspects will be back in court next week for an arraignment.