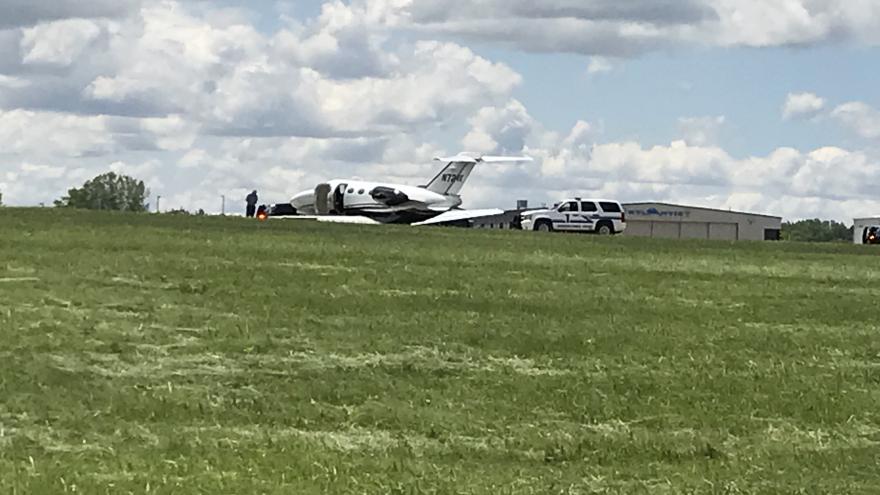 Stanich says in addition to the pilot, one passenger was on board.

There were no injuries, and the aircraft did not appear to sustain any damage.

The airport was closed for about 45 minutes and was fully operational by about 1:30 p.m.

Stanich says the airport is working with the FAA and NTSB to determine the cause of the incident.