Plan Ahead for Metal Detectors at Wisconsin State Fair 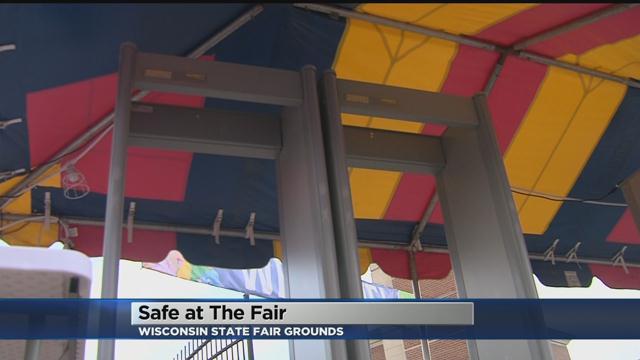 Every year brings something new at the Wisconsin State Fair and the ones kicking in tomorrow are meant to keep visitor safe during the 11-day celebration which begins tomorrow.

When the State Fair opens tomorrow, one new addition will be these metal detectors.

Anyone entering the grounds at any of the gates will have to walk through.

The interim CEO here at State Fair tells us security is always top of mind but this year fair organizers wanted to take the extra step.

We're told the addition of metal detectors has been a discussion for a few years, but the change was made this year in light of the events in Orlando and other recent shootings in public places.

Despite the extra precaution, the interim CEO of the fair doesn't expect any long lines or delays.

"We're hoping that it won't really hold up our lines all that much. Certainly if there is a slight inconvenience or slight backup that should outweigh that were really doing this for the safety of our fair goers,” said Kathleen O'Leary, interim CEO.

Weapons of any kind are not allowed inside the gates. Bags, however, are allowed though they will be subject to a search.