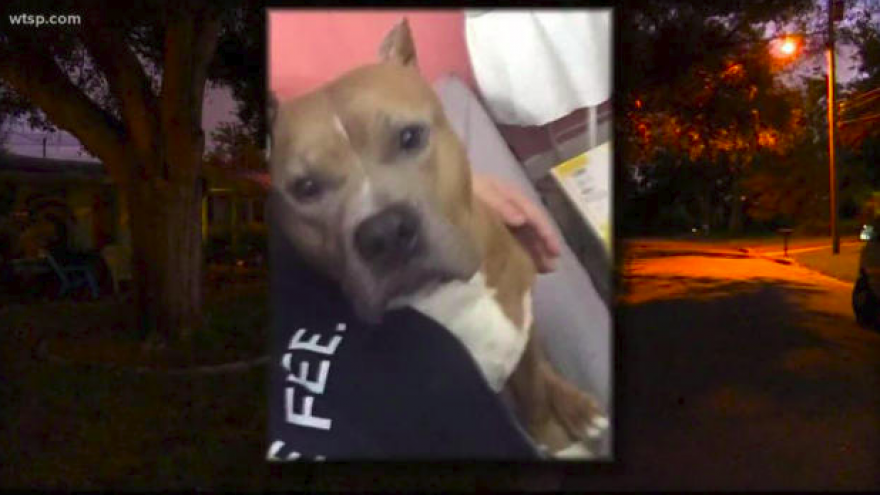 SAFETY HARBOR, Fla. -- A pregnant Florida woman fatally stabbed a pit bull in her family's care when it attacked two other dogs and then turned on her mother and sister.

Pinellas County Sheriff's officials said in a news release that the attack happened Friday at the family's home in Safety Harbor, near St. Petersburg on Florida's Gulf Coast.

Willson then stabbed the dog.

Spencer said the family was treated for bites and other injuries.

Gross said Buster was known to be aggressive and was kept away from the other two pit bulls at the home.

Nikki Cagen told CBS affiliate WTSP-TV that Buster was her boyfriend's pit bull. She said her boyfriend was deployed with the Marines and left Buster in the family's care.

"He was the sweetest dog ever," Cagen told the station. "I would come in the house, he would just come sit on my lap like a little puppy. He was so sweet."