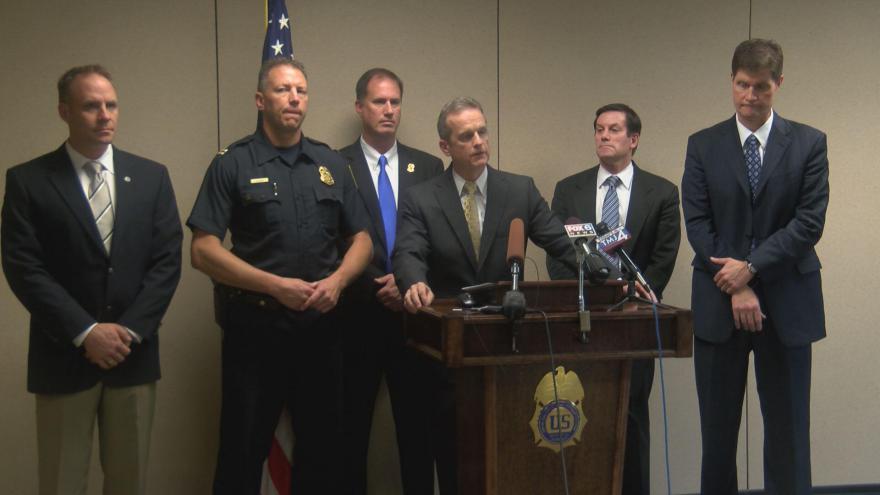 Milwaukee - On Thursday, the U.S. Drug Enforcement Administration (DEA) announced the arrest of 26 individuals on both state and federal charges related to the illegal distribution of pharmaceutical controlled substances in the Milwaukee metropolitan area.

Forty-seven individuals were charged by the Milwaukee, Waukesha, Ozaukee, or Washington County District Attorneys' Offices, with the majority of the individuals being charged in Milwaukee and Waukesha Counties.

prescriptions, then recruiting individuals to fill the fraudulent prescriptions at local pharmacies.

Almost all of the fraudulent prescriptions were for Oxycodone, a powerful Schedule II controlled substance.

It worked like this, once filled, the pills were then returned to one of the group's main distributors - usually the individual responsible for creating the fraudulent prescription - who then illegal sold the pills for approximately $.50-1.00 per milligram around the greater Milwaukee area.

It is believed that this organization produced and filled approximately 196 fraudulent prescriptions accounting for over 25,000 pills.

The bust underscores the growing problem of prescription drug abuse.

The DEA Tactical Diversion Squad (TDS) Task Force was created over one year ago in response to the nationwide and statewide abuse of prescription drugs.

The TDS Task Force targets individuals and organizations that are responsible for the diversion of pharmaceutical drugs into the illegal market.