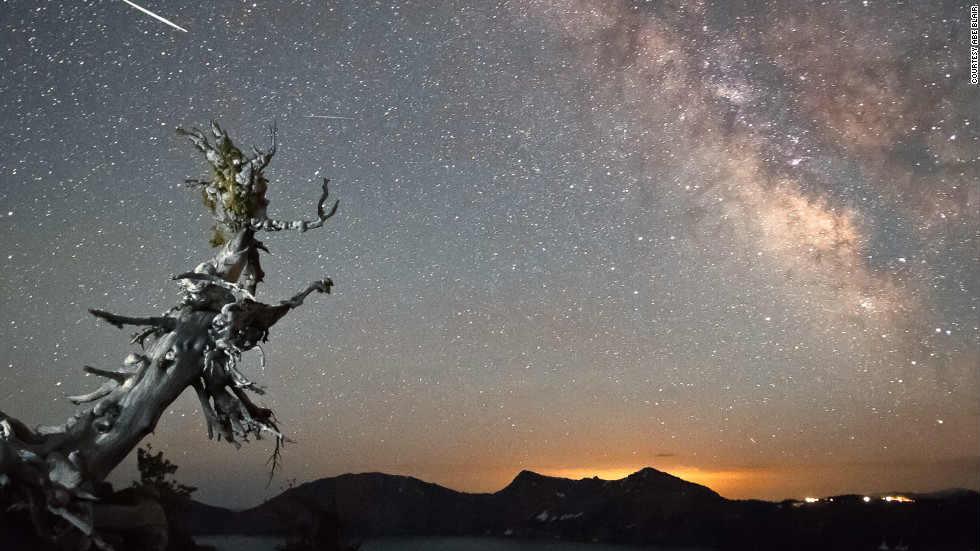 (CNN) -- A moonless evening could give stargazers a fantastic light show next week.

The annual Perseid meteor shower, which is known for being among the brightest of meteor showers, is happening near the tail end of summer.

The major meteor shower will be visible in the Northern Hemisphere.

\"If you see one meteor shower this year, make it August's Perseids or December's Geminids,\" NASA says. \"The Perseids feature fast and bright meteors that frequently leave trains, and in 2015 there will be no moonlight to upstage the shower.\"

The best part about the showing is that it will happen a day before the new moon, meaning the night skies will be dark and perfect for meteor spotting. Under clear and dark skies, observers could expect to see up to 100 shooting stars an hour.

Astronomy experts say that those conditions have not been available since 2010.

Stargazers, campers or simply astronomy lovers will not need any additional equipment like a telescope to see the meteor shower. These fiery streaks of light should be visible to the naked eye that evening. But going to a rural area, away from urban spaces that are filled with light pollution, will increase the chances of seeing the Perseid meteor shower.

Staying up past midnight might also help viewers spot meteors. Some of the strongest showings happening in the predawn hours.

The Perseids are active from July 13 to August 26, according to the American Meteor Society, a nonprofit scientific organization that supports the research of astronomers, but the meteor shower peaks between August 12-13.

The meteor shower is composed of particles released from Comet 109/Swift-Tuttle during its many trips to the inner solar system, a region comprising terrestrial planets and asteroids.

The Perseids are named after the constellation Perseus because that is where the meteors seem to originate from when looking up at the sky.