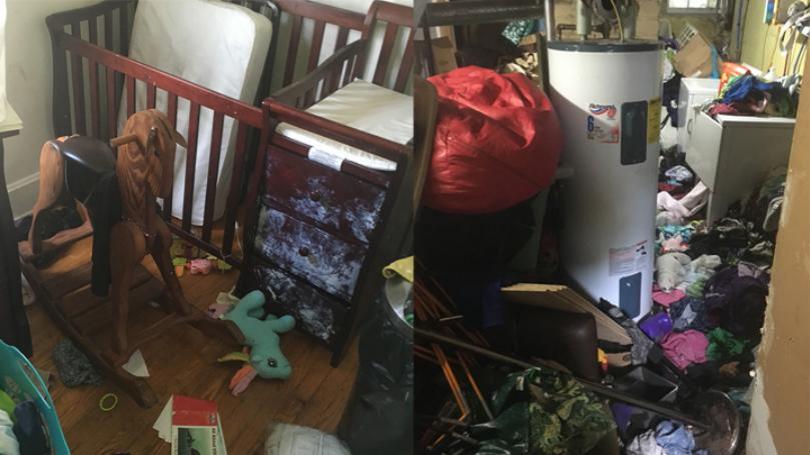 WAUSAU, Wis. (WSAW) -- A home in Wausau has been condemned and two people are charged with child neglect after the Wausau Property Inspector determined the home was unfit for human habitation.

An investigation began in late April after police responded to the report of a missing 3-year-old girl. The girl was located and police contacted the child parents, according to CBS WSAW.

According to court documents, the child's mother requested she be interviewed outside, citing the house was not clean.

Police noted the home's lawn appeared as if it hadn't been mowed all year. The officer told the woman based on the outside, he need to make sure the home had food and water and was suitable for children.

CBS WSAW reported officers discovered dirty pans, bugs, pet rabbits and cats, exposed wiring, mattresses with no bedding, and garbage all over the home. The home smelled of human feces and urine, according to the police report.

The officer also noted a 9-month-old child with a head-to-toe rash. The officer said the mother did not appear concerned and believed it was heat rash.

The father and mother, both in their late-30s are charged with second degree recklessly endangering safety, and four counts of child neglect. NewsChannel 7 is not naming the defendants to protect the identity of children.

The couple has been ordered to have no contact with the children unless authorized by Social Services.

The home will remain condemned until brought back to property city building codes.

Both parents are on $2,500 signature bonds and will return to court Oct. 19 to learn if their cases will head to trial.