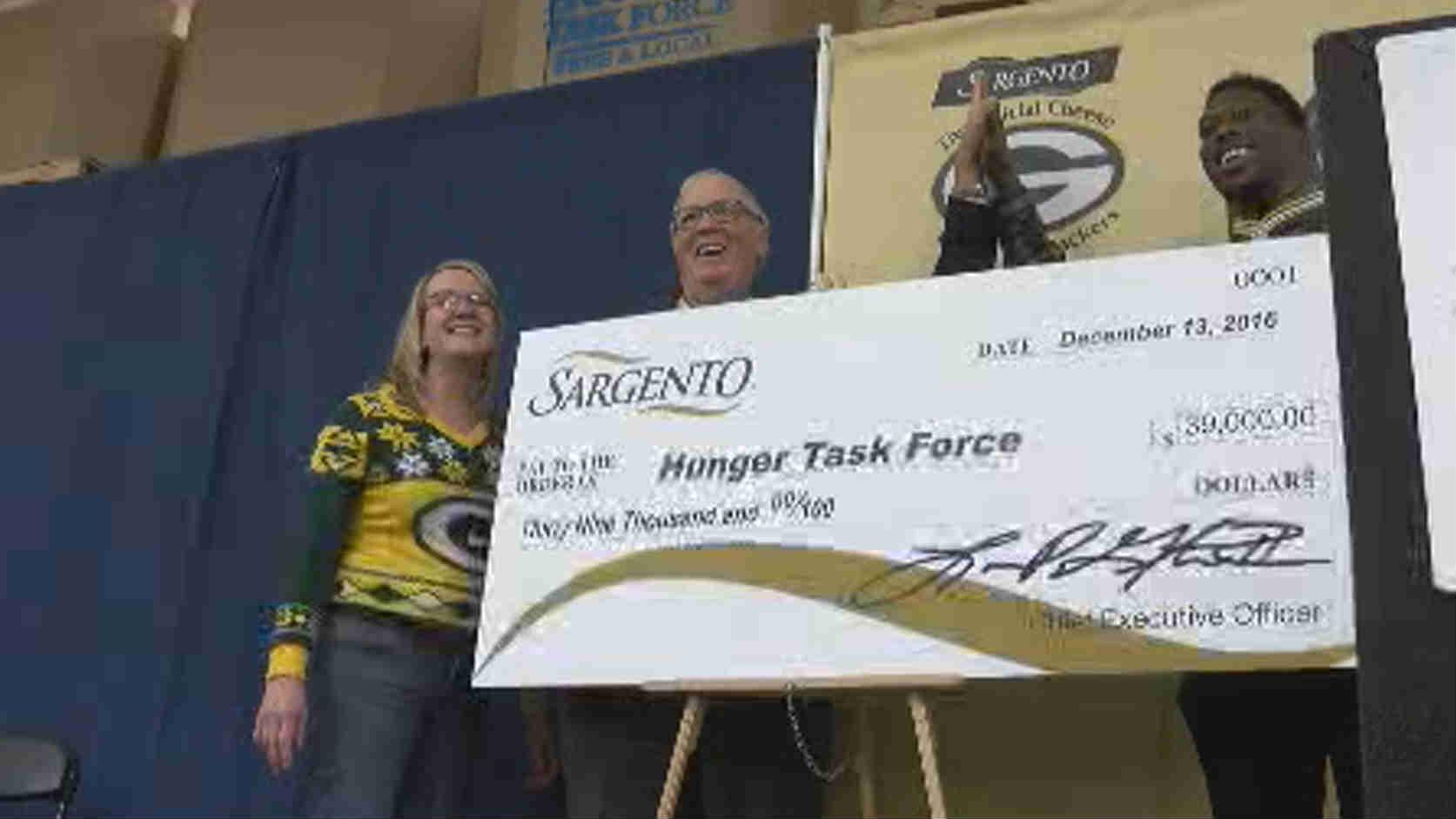 Green Bay Packers Jared Cook was celebrating the Sargento Touchdown for Charity event at Hunger Task Force Tuesday when he was asked to predict a score for Sunday's game against the Bears.

Cook took a moment to think and let the huge roar die down from the hundreds of volunteers who gathered for an indoor tailgate.

"If you didn't learn from last week's game," warned Cook who paused again for more laughter. "I don't think you can put predictions on scores in this league."

For every Packer touchdown, Sargento has committed to a $1,000 donation to the food bank.

"We think they do a great job in meeting the food needs of people in need in Southeastern Wisconsin," Gentine told CBS 58 News.

"It's pretty awesome to know that what we do on the field is kind of echoes and benefits so many families and individuals," added Cook.