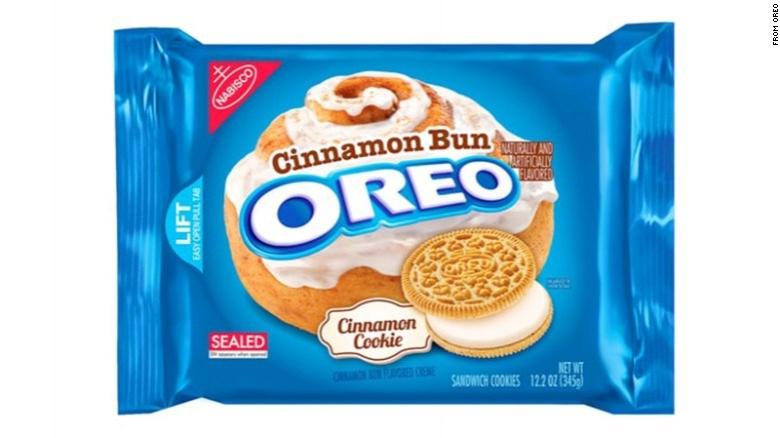 (CNN)Whether you like to dunk your Oreos in a cold glass of milk or twist your Oreos apart to eat the icing, there is a new flavor ready to be consumed.

This particular product is new for the cookie line, but buzz has been circling around its release date for the past three months.

Images of the new flavor were spotted on social media this past September. Many were left to speculate when they could get their hands on this tasty new sensation. But the wait is now over, as Oreo announced the new flavor on YouTube through an advertising campaign called Oreo Wonder Vault.

We are dreaming up new flavors one-by-one," the advertisement stated in the video. "Welcome to a world of cinnamon buns."

Other news coming from the Oreo Wonder Vault on Tuesday is the return of red velvet Oreos, right in time for Valentine's Day.

Oreo fans rejoiced on social media once the news that this new flavor was spotted in stores.

YouTuber Lamarr Wilson, a product showcaser, posted a video of his taste test of the new Oreo craze. "They smell good," he says in his video."I could smell these all day." After he takes one bite, he is overjoyed by the flavors.

"I feel like I am biting into a cinnamon bun except it is crunchy."