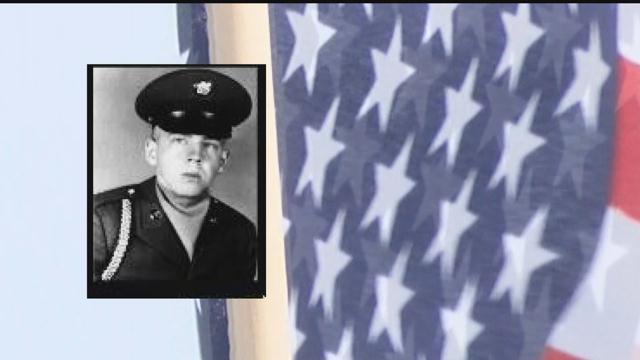 It’s the one year anniversary of closure for a Kenosha military family who finally put their loved one to rest. James VanBendegom was 18 when he went to fight in Vietnam.  According to the family, he was last seen in July of 1967.

There was plenty of speculation he was a POW, but it was determined he actually died after being shot in gunfire. His remains, first in the hands of a Vietnamese bone smuggler and then the U.s. government, were finally returned home last year.  And then he was buried last veterans day next to his father, a World War II vet. James’ 68-year old brother, Michael, has a message for other families who have soldiers missing in action.

Many in the community returned military ID bracelets to the family once it was learned VanBendegom's remains were back home. In the meantime, a book is currently being written by a UW-Madison history major about the 37 MIAs in Wisconsin who fought in Vietnam.  There will be a chapter dedicated to VanBendegom as well.  It should be released next fall.  The author, Erin Miller, is looking for help learning more about those who are still missing from this war.  If you can help, please call her at 608-438-8178.