One suspect in Purcell Pearson murder case taken into custody 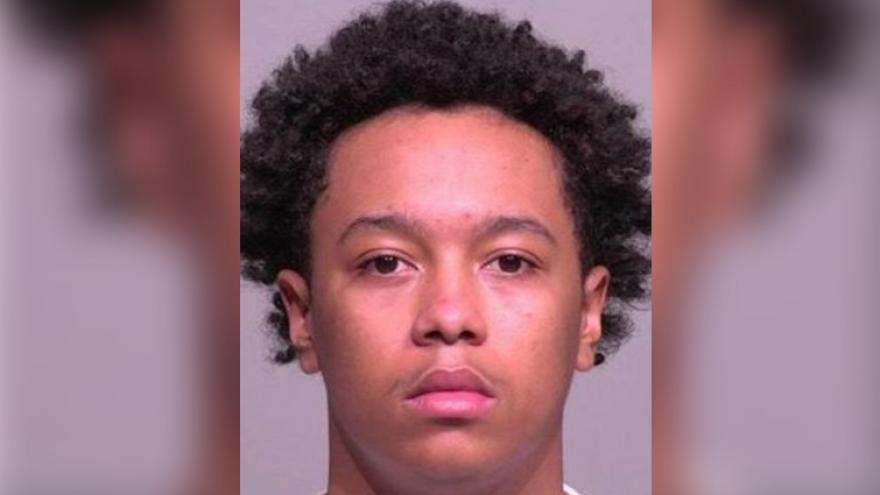 MILWAUKEE (CBS 58) -- One of the two teens charged in the murder of Purcell Pearson on February 6 is now in custody.

Tyrell Joseph was in court on July 28.

Officials say Joseph waived his preliminary hearing, and was bound over for trial.

Joseph is scheduled to be back in court August 12.

The other suspect in the murder case, Ismael Moreno, has not been located and has a warrant out for his arrest.

Tyrell Joseph and Ismael Moreno were each charged in February 2021 with one count of first degree reckless homicide as party to a crime, according to the Milwaukee Police Department.

The victim, Purcell Pearson, was fatally shot near 22nd and Wisconsin the afternoon of February 6.

Surveillance video shows him hanging onto the driver's side window of a van as the driver crosses an embankment and goes the wrong way down Wisconsin Avenue. Then, Pearson was shot by someone inside the van.

According to a criminal complaint, an officer on duty in the area saw Pearson hanging onto the vehicle, but lost sight of the van due to a snow bank. He then heard a loud "pop," and saw the van leaving the area. The officer said he saw Pearson stand up from the street, run about 20 yards and then collapse.

As the officer began to approach Pearson, the complaint says a person came running toward him, stating "that's my brother." He also stated, "he was selling the glasses and they robbed him and shot him."

Pearson's brother told authorities he and Purcell lived together and had been selling designer glasses for a few months. He said they would buy the glasses on DHGate and then sell them in Milwaukee. The brother told officers he and Purcell had posted glasses for sale about a week prior, and on February 6 they received a message from someone named "Pablo Fernandez." He said Purcell left the apartment that afternoon and said that he was selling two pairs for $500.

Officers determined that the account connected to "Pablo Fernandez" was linked to the phone number of an adult woman, who identified her son as Tyrell Joseph.

Two days later, police found the suspect van parked across the street from the home of Joseph's family. A family member was able to identify Tyrell in a surveillance photo taken of the van from outside a gas station on February 6. The relative also identified Ismael Moreno from photos.

Anyone with information regarding the whereabouts of Moreno are asked to contact Milwaukee police at 414-935-7360 or Crime Stoppers at 414-224-TIPS.