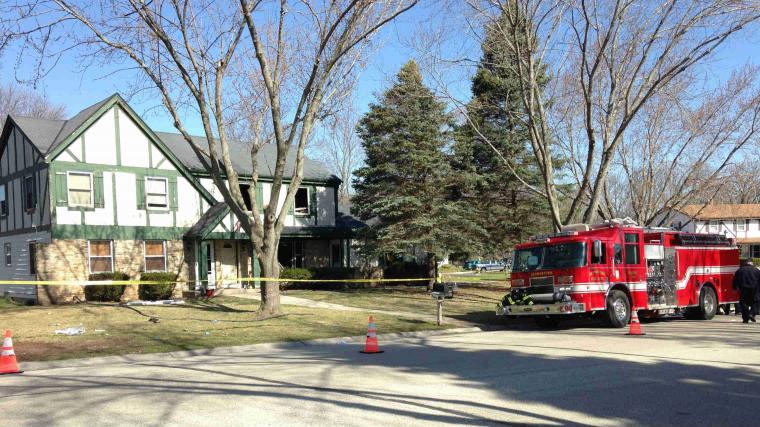 A fire killed a Germantown man and destroyed half of the townhouse he lived in early Saturday morning.

A man living in the attached unit woke to his dog barking and smelled smoke early Saturday. That man got out safely and called 9-1-1.

\"Within about a minute, minute and a half, they found a victim, they moved him to the front. He had no pulse and was not breathing,\" Germantown Fire Chief Gary Weiss said.

Crews took the victim, who was a man in his mid to late 30s, to the hospital, but he was pronounced dead. The fire chief says the fire burned up all the oxygen, melted the smoke detectors and was in the smoldering stage by the time they got there.

\"We were able to control it right away, but unfortunately for him, there was no oxygen in the building and that's possibly what his cause of death was.\" Weiss said.

Across the street, neighbor Brandon Bliesner can't believe the victim, who he knew as Dave, didn't make it out.

\"Never easy, you know, to take information like that,\" Bliesner said. \"My stomach kind of dropped when I heard that someone did die.\"

Bliesner says the victim mainly kept to himself, but was always friendly and respectful. As neighbors cope with his loss, the state fire marshal will now try to figure out what went wrong.

\"We have heat damage on the second floor, first floor and the basement and a lot of fire damage in the living room,\" Chief Weiss said. \"So this could take a while.\"

The fire chief tells CBS-58 news crews think the fire started in the living room, but will need the fire marshal to finish his investigation, which will include finding out whether or not this was intentionally set.