One Dead After Head-On Collision In Washington County 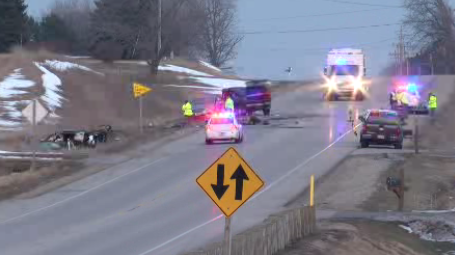 WASHINGTON COUNTY - One person is dead after a head-on collision in the Town of Addison.

The crash happened on Highway 33 on Sunday afternoon, around 3:16 p.m.

The Washington County Sheriff's Office responded and confirmed the driver died on the scene. Crews had to extricate the driver from the vehicle. A second operator was also injured. A third vehicle was also involved, but the damage to that vehicle was very minor. Those two occupants were not injured.

Alcohol is a contributing factor of this crash.