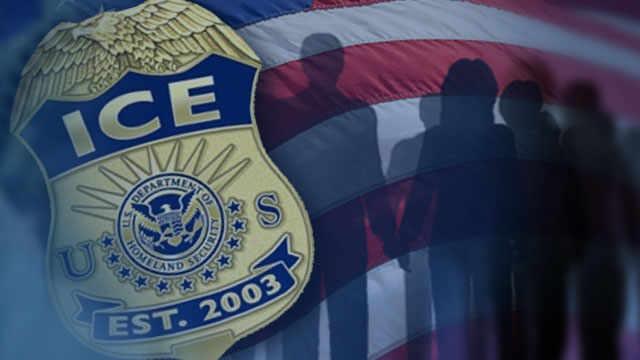 (CBS NEWS) Martin O'Malley is pushing the Department of Homeland Security to halt its plans to carry out large-scale immigration raids against those fleeing violence in Central America.

"If these reports are true, they raise serious questions about due process for people seeking asylum, and these raids promise to needlessly rip apart more families and communities," the Democratic presidential candidate wrote in a letter to DHS Secretary Jeh Johnson.

The raids, first reported last week, would target immigrant families who have illegally crossed the southern U.S. border since the beginning of 2014. Immigration and Customs Enforcement (ICE) would focus on adults and children who have already been ordered to leave the country after fleeing Honduras, El Salvador and Guatemala.

"I am writing to respectfully request that D.H.S. reconsider this approach and instead look for ways to humanely treat people seeking refuge and to greatly improve the legal due process necessary for asylum," he said. He added that deportations should only be considered a "last resort" and called for a "more rational, fair, and humane" handling of the immigrants.

The former Maryland governor offered his experience with immigrant refugees in his own state as an alternative.

"When, in 2014, tens of thousands of children made the journey to escape death gangs in Honduras, El Salvador, and Guatemala, we called on Marylanders to step up and help accommodate them," he said. "Maryland took action to safeguard more refugee kids on a per-capita basis than any other state in the nation. Thousands of families opened their homes as foster families. We recruited pro-bono legal help for case preparation. And we did all of this at minimal cost to the taxpayer."

O'Malley and rival Bernie Sanders have both criticized the Obama administration's plan to carry out these raids.

"I am very disturbed by reports that the government may commence raids to deport families who have fled here to escape violence in Central America," Sanders said in a statement Thursday. "As we spend time with our families this holiday season, we who are parents should ask ourselves what we would do if our children faced the danger and violence these children do? How far would we go to protect them?"

Democratic front runner Hillary Clinton, meanwhile, has said in a statement that she too has "real concerns" about the raids and called for the country to be "guided by a spirit of humanity and generosity" when addressing illegal immigration.

The raids could begin as early as January, pending final DHS approval.