Officials save woman who tried to jump from the Hoan Bridge 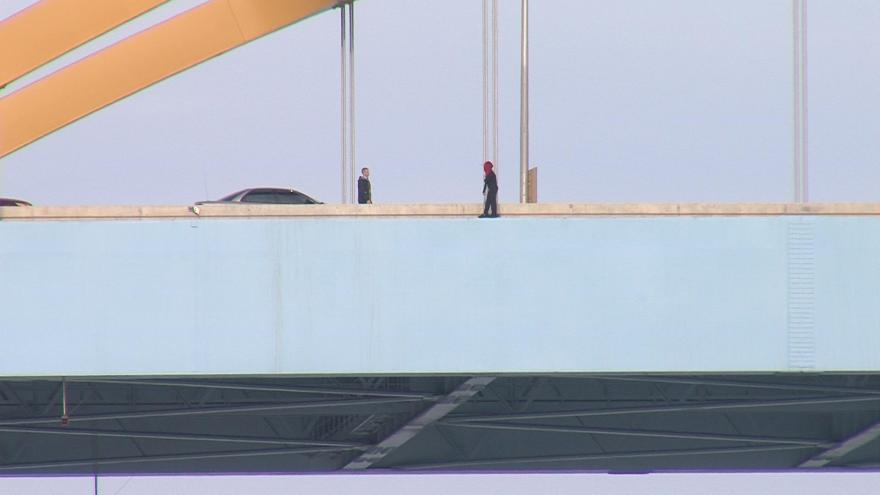 A woman tried to jump from the Hoan Bridge this afternoon. Our cameras caught her high up on the middle of the bridge.

The Milwaukee County Sheriff's Office says officials were trying to negotiate with the woman and after nearly an hour, she climbs back onto the bridge and hugs the deputy.

The Hoan Bridge was shut down during the incident. It caused long backups but was reopened not long after the woman was rescued.