Man killed in house fire near 34th and Vine in Milwaukee 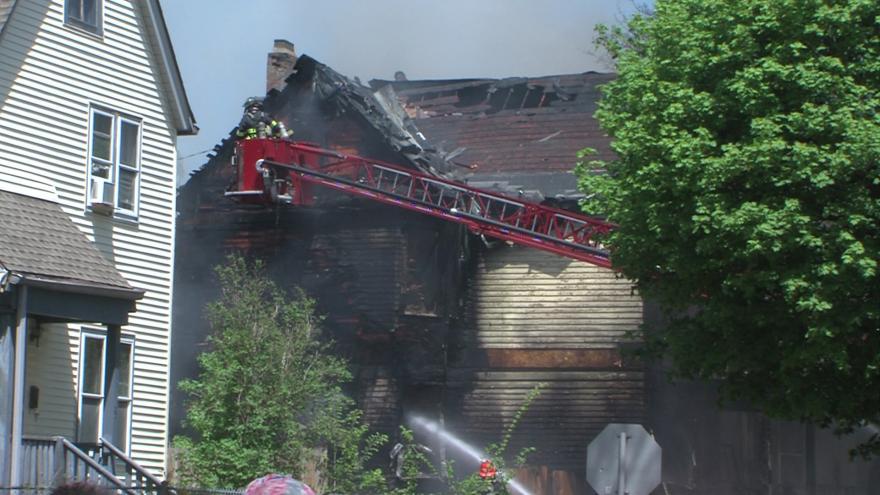 MILWAUKEE (CBS 58) -- According to the Milwaukee County Medical Examiner's Office, a man was killed in the house fire near 34th and Vine Monday.

MCMEO responding to the 1900 blk of N 34 for one adult male recovered from a house fire. Autopsy tomorrow. @MilwaukeePolice investigating.

Authorities were called to the scene around 10:30 a.m. and were unable to enter the home due to structural damage.

Officials said another individual was transported for treatment due to smoke inhalation.

MILWAUKEE (CBS 58) -- Authorities are responding to a large fire near 34th and Vine in Milwaukee on Monday, May 16.

BREAKING: Milwaukee Fire crews are battling a fire at a home near 34th and Lisbon. More at noon on @CBS58pic.twitter.com/iCtQbsCX2Z

Milwaukee officials say they were called to the scene around 10:30 a.m.

Authorities said they're concerned there is a victim inside one of the homes but they cannot be sure at this time due to not being able to enter. Structural damage is making it difficult for fire officials to get inside.

Officials did confirm one person was transported to treatment for smoke inhalation.