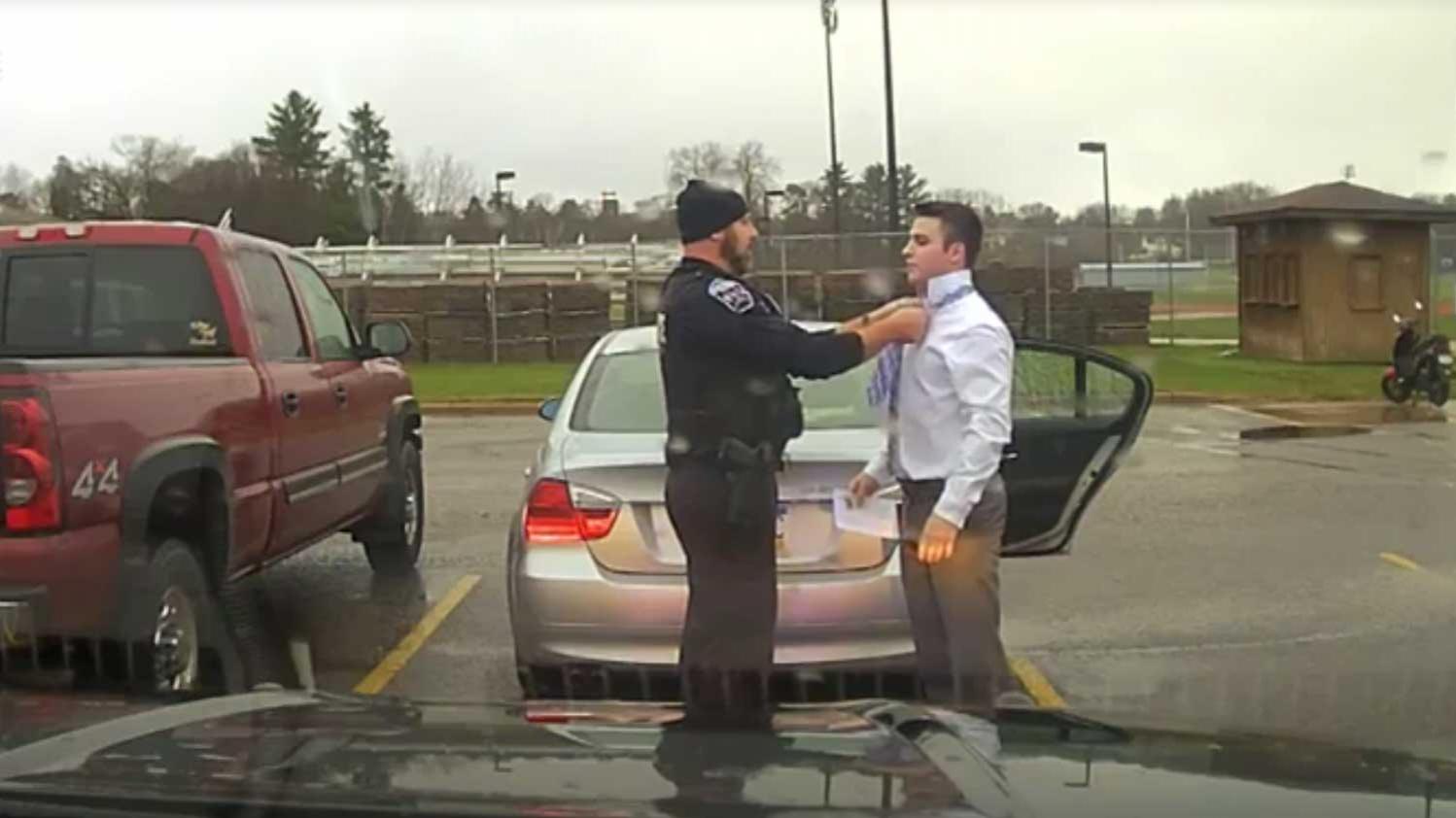 A Menomonie Police Officer helped a UW-Stout student tie his tie during a traffic stop for speeding.

The student said he went to his friend’s house because he does not know how to tie ties but his friend does and he needed to wear a tie to a presentation.

The officer asked for the tie and tied the tie for him.

“It’s probably not the best knot but it will work,” said the officer.

The officer actually takes the tie off the student and re-tied it again because it was too short for him.

At the end of dash camera footage, the officer let the student go with a warning for speeding.