Officer, 3 others hurt following crash with MPD squad near 27th and Burleigh 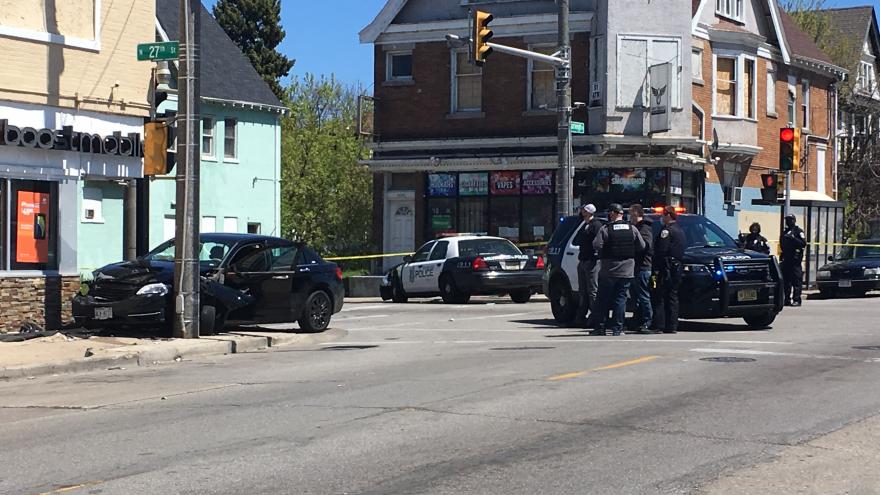 It happened just before noon.

According to police, the pedestrian vehicle collided with the marked squad. The squad car was not on an emergency call.

Police say three people in the pedestrian, and one officer sustained non-life threatening injuries. They were all transported to a local hospital for treatment.