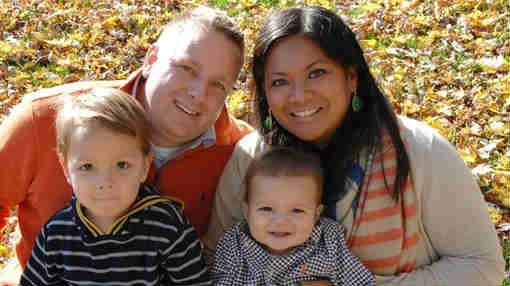 We have seen repeated examples of the community coming together when they find out that somebody in the neighborhood is in need.

Saturday, July 11th, will be no different in Milwaukee.

The proceeds will help Andrew Krueger, a local father and husband who is battling Leukemia.

For this event, the organizers have special permission to close off 50th and Vliet to allow outdoor seating and space for a pig roast.

The Kickball will happen at Wick Field right across the street.

The Brewers Racing Sausages are also expected to make an an appearance at 3 p.m.

The event starts at 9 a.m. with the kickball and then things get fired up with the pig roast around  noon.

Things will continue officially until 5 p.m. So, whenever you show up, there will be something happening.

For example, the dunk tank!

The Krueger's lives were turned upside down. Their busy routine of working, caring for their two adorable boys, and planning for the third addition came to a halt when Andrew was rushed to the hospital on Feb 9th with chest pains.

Andrew was hospitalized for a major heart attack where there was a 99% blockage in his LAD artery. The doctors performed an angioplasty and inserted a stent and luckily, there was no permanent damage.

As part of normal protocol after the heart attack, blood tests were performed. In this test, they found alarmingly low blood levels, which in turn prompted a biopsy of his bone marrow.

Those test results confirmed Acute Myeloid Leukemia, a rapid appearing blood cancer. The heart attack was actually a blessing in disguise, as the doctors were able to catch this cancer early.

Treatment was scheduled, and then delayed due to an intestinal infection. A couple days later on Feb 19th, Andy survived another major heart attack. A 2nd stent was inserted overlapping the original.

The Leukemia made his blood respond abnormally, which in turn caused the blockage. Andrew's first round of chemotherapy began on Feb 24th.

He had to  remain in the hospital throughout treatment for approximately 3 more weeks and has taken a leave from work for a minimum of 4 months.
A lot of people have been reaching out and asking what they can do to help.