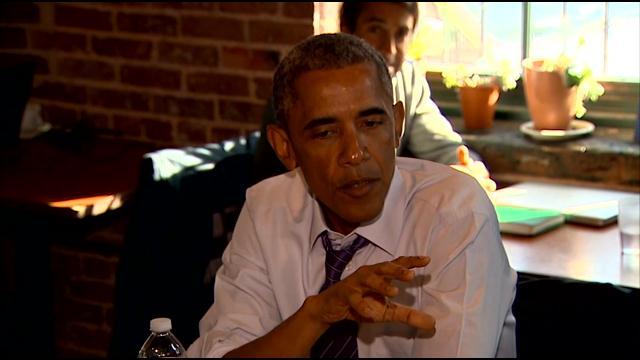 NEW YORK (CNNMoney) -- Just because Republicans haven't said yes in the past doesn't mean they won't in the future.

That may partly explain why President Obama's 2016 budget includes a laundry list of proposals to tax the rich that we've seen before, including the Buffett Rule.

First pitched by the White House in 2011, the Buffett Rule (or \"Fair Share Tax\") would require people making $1 million or more a year to pay at least 30% of their income, after charitable contributions, in federal taxes.

Another encore appearance: A proposal to limit the value of itemized deductions, as well certain tax exclusions, to 28% of the amount claimed. That would affect anyone whose top tax rate exceeds 28%.

Carried interest comes up again, too. Obama would still like Congress to pass a law requiring managers of private equity, venture capital and hedge funds to pay ordinary income tax on the part of their compensation known as carried interest, which is currently taxed at the lower capital gains rate of 20%.

And the president again is proposing to prohibit contributions to tax-advantaged retirement accounts such as IRAs and 401(k)s once the combined balance across those accounts hits a certain level. Currently, that level would be $3.4 million for someone age 62.

The president's budget also calls for a change to \"a loophole that lets some high-paid professionals avoid Medicare and Social Security payroll taxes, costing the Trust Funds almost $10 billion a year by the end of the decade.\"

The proposal -- similar to one that appeared in the leading House Republican tax reform plan last year - would require individual owners of professional services businesses, such as law partnerships or S corporations, to pay self-employment taxes on more of their income than they currently must.

Among the president's new revenue-raising proposals are two that would raise investment taxes on the wealthiest households. One would increase their top capital gains rate to 28% from 23.8% today. And another would tax the capital gains on appreciated assets when someone dies before they are passed on to heirs.

All together, the President's tax-the-rich proposals are estimated to raise a little over $1 trillion over the next decade. About $640 billion of it would be dedicated to deficit reduction, and the remaining amount would help to fund new initiatives aimed at helping low- and middle-income households.

The Republican-controlled Congress isn't likely to enact any of these proposals per se. But that doesn't mean they won't have any influence as lawmakers decide how to reform the tax code, slow growth in the country's debt and make investments to strengthen the U.S. economy over time.

After all, the bipartisan fiscal cliff deal did raise the tax burden on high-income taxpayers in 2013.