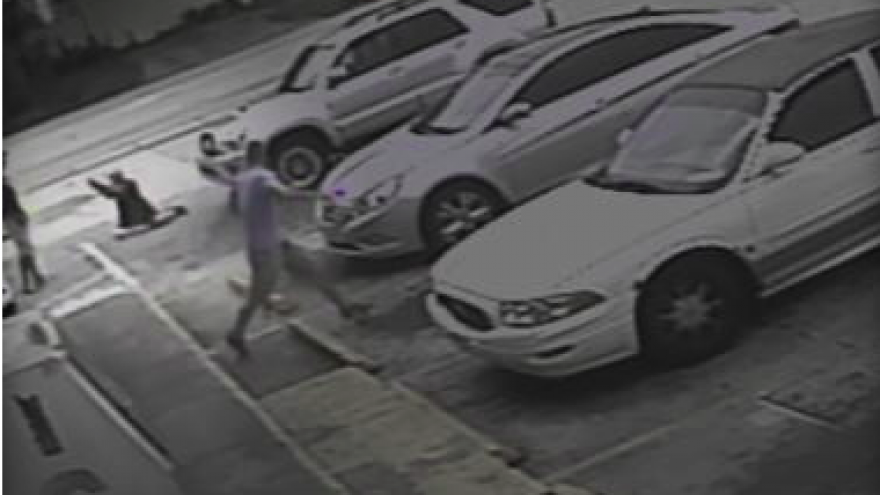 (CBS NEWS) -- Police say a Florida man will face no charges for shooting another man dead in a parking lot after an argument last week. Protesters gathered Sunday at the scene of the shooting in response.

Last Thursday, Markeis McGlockton parked in a handicap spot with his girlfriend and three young kids before going inside a convenience store with his five-year-old son to buy snacks. Outside, Michael Drejka approached McGlockton's girlfriend, Britany Jacobs. Jacobs says Drejka yelled at her for parking in a handicapped spot without a permit.

Surveillance footage shows McGlockton then walked out of the store and shoved Drejka to the ground. Seconds later, Drejka pulled out his gun and fired a single shot at McGlockton in the chest. The 28-year-old stumbled back into the store and collapsed in front of his son.

Drejka has a concealed weapons permit and told police he shot McGlockton because he feared for his life.

The sheriff's office says he is protected by Florida's "stand your ground" law, which allows people to use deadly force when fearing "imminent death or great bodily harm" without a duty to try to escape the danger.

"He had to shoot to defend himself," Pinellas county sheriff Bob Gualtieri said. "And those are the facts and that's the law "

But Jacobs says McGlockton backed away from Drejka after he pushed him.

"This is wrong," Jacobs told CBS News' Meg Oliver. "Because what my man was trying to do was protect his girl like anybody else would."

The couple's four-month-old son and three-year-old daughter were inside the car during the shooting.

Jacobs learned Drejka wouldn't be charged from the news.

CBS News has not been able to reach Drejka for comment. The state attorney's office will make the final decision on whether to press charges.