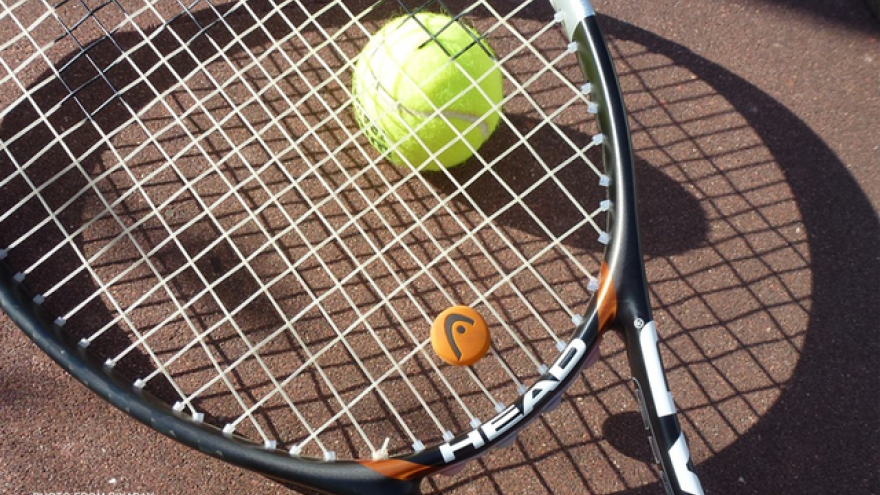 NEW YORK (AP) — Sloane Stephens' remarkably rapid rise from a ranking of 957th in early August to U.S. Open champion on Saturday began with the slow work of coming back from surgery on her left foot.

After being off tour for 11 months because of her injury, Stephens easily beat her close friend Madison Keys 6-3, 6-0 in the first Grand Slam final for both, becoming only the second unseeded woman to win the tournament in the Open era, which began in 1968.

"I mean, there is no words to describe how I got here — the process it took or anything like that," Stephens said, "because if you told someone this story, they'd be, like, 'That's insane.'"

After the operation in January, Stephens couldn't walk for a month. It wasn't until May that she would get back onto a tennis court — and even then she was off her feet, plopped on a wood table at a practice facility at UCLA while aiming her racket at balls tossed by her coach, Kamau Murray. From there, Murray said, Stephens progressed to sitting while rolling around on an armless office chair. Two weeks later, Stephens finally was able to stand in place while working on her swing. Another two weeks, and she was allowed to move.

"Definitely," Murray said Saturday, "not fun for her."

Nor was it all that fun to face a pal with so much at stake. Stephens, 24, and Keys, 22, have known each other for about a decade, first as juniors, then on tour and as U.S. Fed Cup and Olympic teammates. They texted and spoke on the phone early in 2017, when both sat out the Australian Open because of injuries — Keys had surgery on her left wrist during the offseason, then again in June.

When the match ended after only 61 minutes, with Stephens claiming the last eight games, they met at the net for a long hug . While waiting for the trophy ceremony to begin, Stephens walked over and plopped herself down in a courtside chair next to Keys, so they could chat side-by-side.

"Sloane is truly one of my favorite people and to get to play her was really special. Obviously I didn't play my best tennis today and was disappointed," Keys said. "But Sloane, being the great friend that she is, was very supportive. And if there's someone I have to lose to today, I'm glad it's her."

They hammed it up afterward, too. When Stephens was presented with her $3.7 million winner's check, she grabbed Keys' arm, as if to stop herself from fainting at the sum.

"That's a lot of money!" Stephens said. Keys eyed the check and teased, "I'll hold it for her."

Keys texted Murray a couple of days before the U.S. Open began to arrange a practice session with Stephens. And the two finalists planned to party together Saturday night.

This was only the second time in the Open era that two women were making their Grand Slam final debuts against each other in New York.

Keys acknowledged afterward it was all a bit much for her, and it showed: She wound up with 30 unforced errors.

"I definitely think my play today came down to nerves and all of that," she said, "and I just don't think I handled the occasion perfectly."

Told of that number by a reporter during her engaging news conference, filled with quips and smiles, Stephens slapped a palm on the table in front her, then snapped her fingers and said: "Shut the front door. I don't think that's ever happened to me before. Oh, my God. That's a stat."

Still, she had dealt with jitters beforehand, too.

Murray went to Stephens' hotel room Friday night to check on her, using as an excuse for the visit that he needed to deliver some clean laundry. This is how he said the conversation went:

Stephens: "You wanted to see if I was nervous."

"We just laughed and chuckled and talked about it for about 25 minutes, and after that, it was all good," Murray said. "I mean, probably she was still nervous but, you know, at least give her a chance to get it out."

Stephens' late father, John Stephens, was the 1988 NFL Offensive Rookie of the Year for the New England Patriots. And her mother, Sybil Smith, was Boston University's first All-American in women's swimming. In addition to being a super athlete, Stephens seems to thrive in the spotlight: She's now 5-0 in tournament finals.

A year ago, she sat out the U.S. Open altogether because of her foot problem.

In 2017, her season debut came at Wimbledon in July, when she lost in the first round. Lost her next match, too, in Washington.

"I should just retire now," Stephens joked. "I told Maddie I'm never going to be able to top this. I mean, talk about a comeback."