Brewer ace Jimmy Nelson out for season with shoulder injury 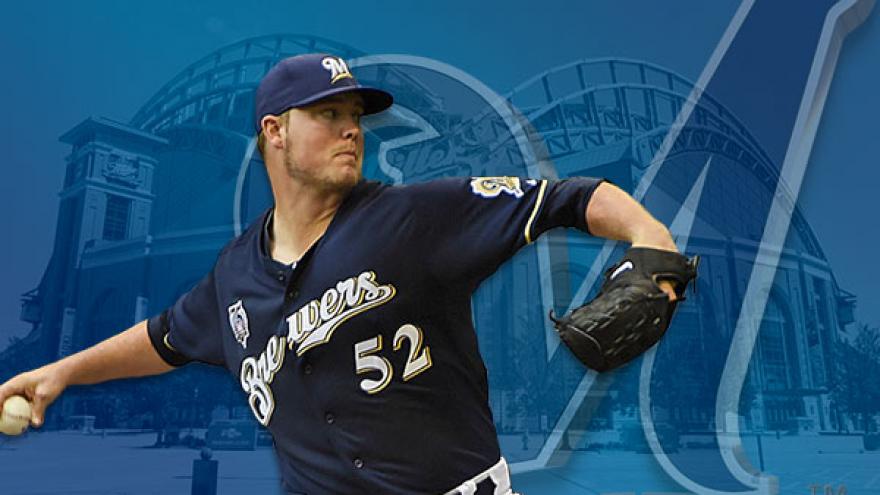 CHICAGO (AP) -- Milwaukee Brewers ace Jimmy Nelson will miss the rest of the season after jamming his shoulder while diving to a base a night earlier.

General manager David Stearns said before Saturday's game with the Chicago Cubs that he does not know if surgery is needed. Nelson has a strained right rotator cuff strain and partial anterior labrum tear.

Nelson left Friday night's 2-0 victory over the Cubs after the injury. The right-hander threw four-hit ball over five innings, while striking out seven and walking two en route to winning his third straight start. He is 12-6 with a 3.49 ERA, a career high for victories.

Nelson singled off the left-field wall in the fifth inning and was hurt diving back to first after rounding the base. Initially, Nelson and manager Craig Counsell did not think the injury serious.

Nelson said he felt discomfort pitching the bottom of the inning-- and his velocity was down -- though he got out of a first-and-third jam. Josh Hader came on to start the sixth for Milwaukee.