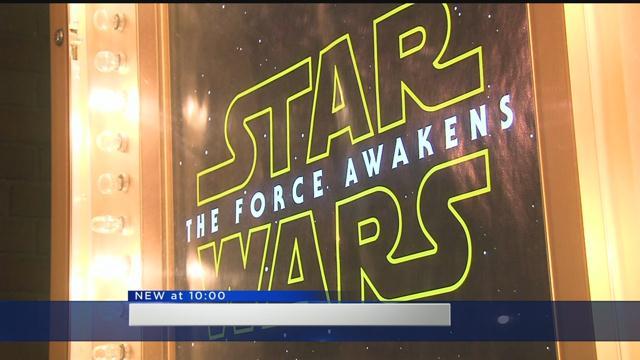 The long awaited release of the newest Star Wars movie "The Force Awakens" happened Thursday. The Avalon in Bay View was one place that showed it to hundreds of people. There were hundreds of people waiting in line for hours to get in. Who would you expect to see at the head of the line? Darth Vader of course.

"My alter ego," said David Huelse, who was excited to see the premier.

The Avalon Theater celebrated it's one year anniversary, Thursday, and wanted to share their excitement with the excited Star Wars fans. The theater handed out free tickets to the first 200 people in line.

"All the shows are in 3D, we have our regular slate of movies this weekend. Couple of them are sold out, but we've got tickets for most of the performances this weekend," said John Brannan, with the Neighborhood Theater Group.

The Avalon has strict security measures in place for your safety.

"We are asking people not to bring toy guns that could look like real guns," Brannan said. "We will reserve the right to kinda look through people's bags and stuff before they go in. So, we're taking some safety measures, but costumes are encouraged."