NOW: New playground in the Merrill Park neighborhood to be finished next year

MILWAUKEE (CBS 589) -- Community leaders in the Merrill Park neighborhood broke ground on a new playground on Monday, Oct. 11. It is a project years in the making.

Community members expressed the need for a safe and innovative place for families to play and socialize. As Alderman Bob Bauman explains, the planning process began with the Merrill Park Neighborhood Association and the Department of Public Works.

"This space was vacant and rubble-strewn and pretty much an eyesore for the neighborhood for the better part of several decades, especially the lot to the east," Bauman said. "This lot had some community gardens at one point, but they basically fell into disuse. The Department of Public Works put together a plan to develop a playground in the Merrill Park neighborhood"

Bauman says the playground will be finished by this time next year and expansion plans are already underway. A green space will be added with native trees and flowers.

The total cost for the playground and park renovations is one million dollars, paid for in part by private donors, public funs, and help from the Canadian National Railway. 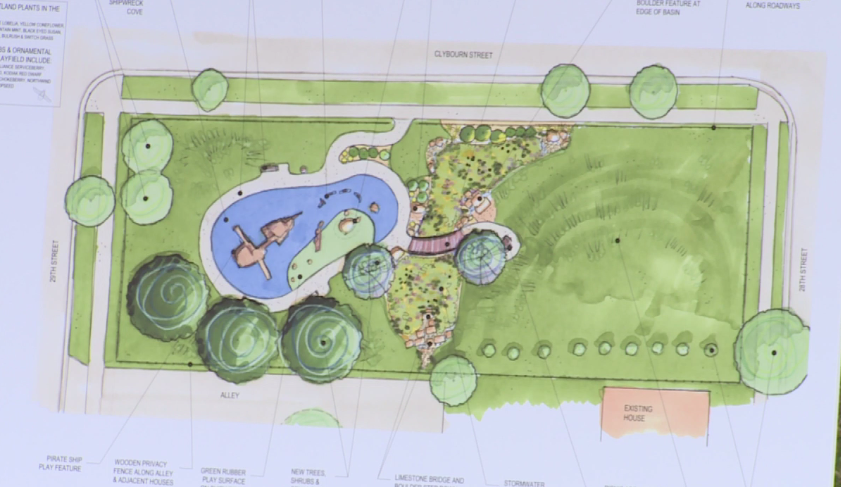