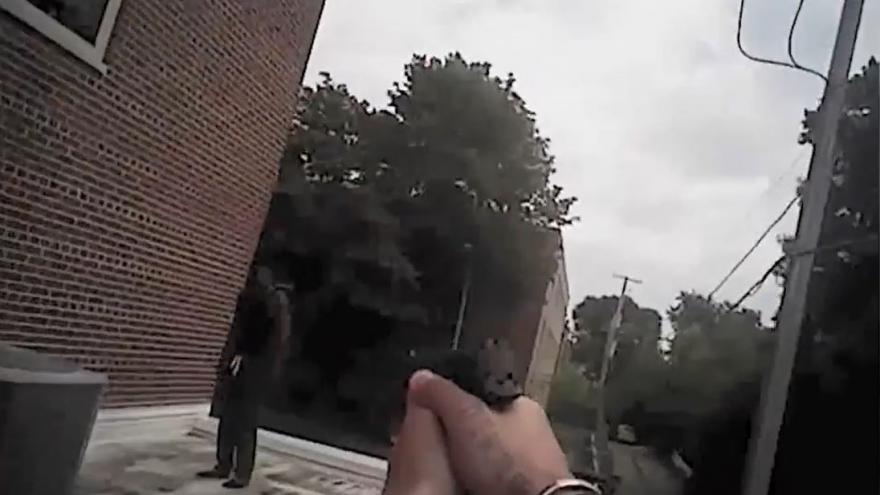 Two Milwaukee Police Department officers shot Smith three times on a rooftop near 29th and Wisconsin after a chase.

Warning: Video is graphic. If you would like to watch our report on the video, please click here.

In the video, at least four officers climb up to the roof and yell at Smith to get his hands in the air and to turn around.

Just before they reach the top, one officer says, "He doesn't have a gun in his hand, but he was hiding behind an AC unit."

The video shows Smith was not behind an air conditioning unit.

As the officers approach him, Smith puts his hands out to the side. There's nothing in them.

He begins to lower himself to the ground when the shots are fired.

Daniel Storm, an investigator working on Smith's behalf, says it's the most chilling video of a shooting of an unarmed man he's ever seen.

Earlier this year, the DA's office ruled the shooting was justified and there were no charges for the officers.

Storm says he plans to have federal prosecutors review the case or to have Milwaukee County's District Attorney submit it to a grand jury.

"We know what's needed in this community," Storm said. "It's not ice cream and toys. It's accountability."

Storm says Smith will be partially paralyzed for the rest of his life.

In response to a request for comment on the newly released video, an MPD spokesperson said, "The officers were cleared of any criminal charges by the Milwaukee County District Attorney's Office. The officers are not on administrative leave."

The DA could not immediately be reached for comment.

Smith has filed a civil rights complaint against the officers.

Since 2015, MPD has paid out more than $22 million in police misconduct settlements.