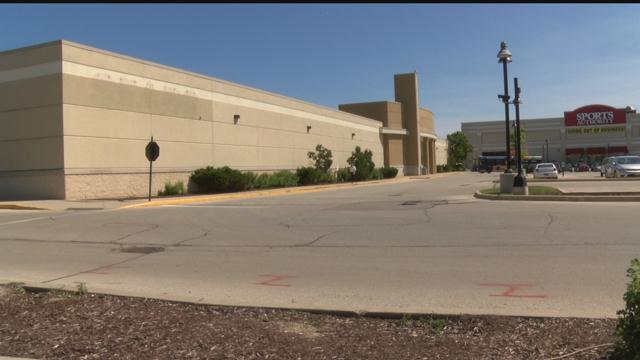 The look of Bayshore Mall in Glendale is about to change. We've got the scoop on some new shopping and living opportunities. It's part of what appears to be a huge boon in the construction of apartment buildings all over southeast Wisconsin. The City of Glendale is in talks with Bayshore Mall to tear down the old Sears store and replace that, as well the portion that connects to the food court, with residential and retail space.

"I would like to see something like a Target or a Nordstrom Rack or something," said Beth McCurdy, who frequents Bayshore Mall. "I'd prefer to have something large, anchoring it here because I don't like to go outside of my neighborhood if I don't have to. I prefer to shop in my own area."

Glendale city officials met with the owners several times, and developed preliminary concepts. Stores on the ground and people's homes on the second or third floors.

"If it would enhance Milwaukee, bring more people down to shop, I think that would be a good idea," said one shopper.

"But, if you look back at the last ten, 15 years, we were actually lacking in apartment development. So, in a way, we're catching up," said Tim Gokhman with New Land Enterprises.

Gokhman is developing a new 140 unit apartment building on Water Street in Milwaukee. It'll sit in the midst of all sorts of new apartments that have gone up on Milwaukee's east side and downtown. He says people like the flexibility of renting instead of being tied to a mortgage. That's one reason you may not see condo development anytime soon.

"Frankly, condo prices haven't rebounded yet, fully, to where they were pre-recession. So, from a development stand point, the justification to build condominiums is still not there," Gokhman added.

More and more new apartment buildings coming in means competition. That, and because of changes in innovation, means developers are finding ways to still build quality, while offering rents at a lower price point. In other words...affordability. In the case of Bayshore Mall, you'll be seeing residential and retail. Owners of Bayshore are expected to submit plans to the City of Glendale by the summer or fall. If all goes as planned, demolition and construction would begin in 2017.