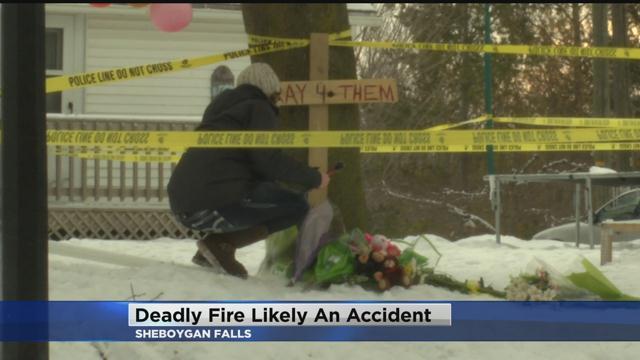 The Maki family lost three children in that fire. Their 9-year-old daughter escaped.

The findings of the nearly 100 page report have been released.

The fire is still undetermined.

But there's one likely cause, and the police chief hopes that will bring closure to the family.

"Probably did start in and around a light fixture in the basement or above a couch,” said Riffel.

Investigators couldn't say for sure if it was the light above the couch. the fire's cause today is still unknown.

The report also details the difficulty of fighting the fire.

Rescuers were on their hands and knees feeling around for the children because they couldn't see.

The report doesn't have a final answer for the Maki family.

"It's a tragedy I don’t think it's something a community ever gets over,” said Riffel.

The neighborhood will be there to share in the grief.

"I hope it gives the family closure is what I hope," said Riffel.

During the investigation a woman came forward. Someone had contacted her saying they had set the fire. However, investigators didn't find any evidence of arson.