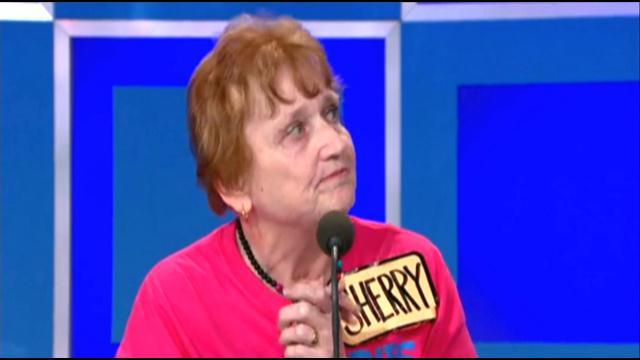 The taping of the show was back in April. She couldn't talk about it until Monday when the show aired on CBS 58.

\"I can't believe how shocked I was,\" Sherry recalled while gathered with friends and relatives in her backyard for a watch party. \"Anybody who watches the show will see that.\"

The five year pancreatic cancer survivor says she always wanted to take her husband on a trip to California to see \"The Price is Right.\"

Her daughters delighted to tag along.

\"She had gotten to the tickets to stand in line and we thought we'll be in the audience, this will be a great day,\" recalled daughter Lori Eyre.

What an experience it turned out to be.

With t-shirts saying they came to win a car, the producer of the show immediately spotted Sherry in line.

\"You had 30 seconds to sell yourself,\" Sherry told CBS 58 News. \"I told him I was a retired postal employee and that's all he needed to know.\"

Sherry was not one to squander an opportunity, making it all the way to Showcase Showdown and winning more than 30 thousand dollars in cash and prizes, including a car which she hopes to upgrade.

Sure it's exciting, but as you saw how many folks gathered to watch Sherry and offer her support, you realized her riches can not be valued in dollars and cents alone.