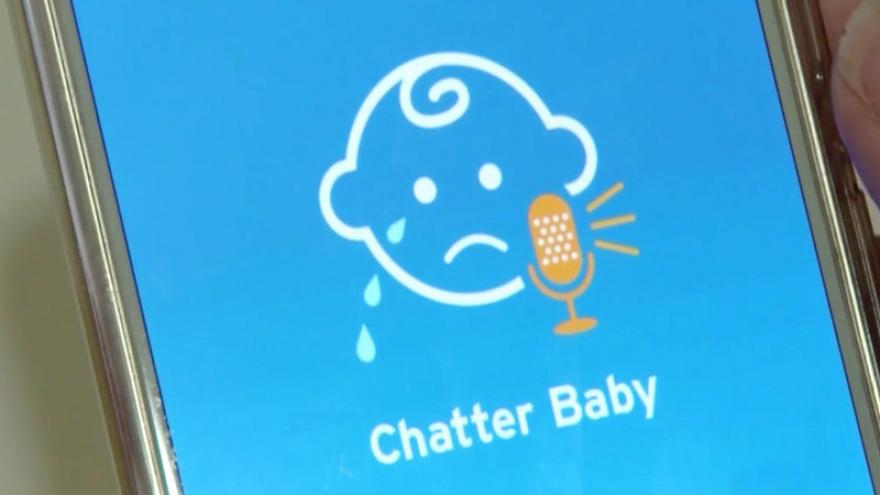 NEW YORK (CBSNewYork) – An artificial intelligence app is helping deaf parents care for their children by not only telling when a baby might be crying, but also why.

As the deaf parents of two young children, they rely on the technology to alert them to noises they can’t hear, although it’s often a false alarm.

“We can only tell if there is something loud happening in the room,” said father Delbert. “We have a child that is very talkative. He would babble, so we can’t distinguish between loud noises and crying.”

“It looks at the types of frequencies that are in the cry, and it looks at the different patterns of sound and silence,” said Dr. Ariana Anderson of UCLA’s Semel Institute for Neuroscience and Human Behavior.

Anderson developed the app after having her third child, she began noticing similarities in the cries of all three.

“As a statistician, I see the world in terms of numbers and patterns, and so the first thought was whether or not I could train a computer algorithm to do what my ears as a parent could automatically do,” she said.

Using a database of more than 2,000 infant cries, she used machine learning to decipher what each baby cry means: Fussy? Hungry? In pain?

She even tested the program on her own baby during his vaccinations.

“Between fussy and hungry, it’s a little bit hard to tell, but pain we could identify with nearly 90 percent accuracy,” said Anderson.

The audible insight could not only help the deaf or hearing impaired, but also first time parents and even women with postpartum depression.

Studies show communication often lags in those mothers and can lead to delays in baby’s speech development.

“I’m really excited about the app, said mother Sanaz Whetter through an translator. “It would help the children be safe, just not such a struggle to identify what’s going on.”

The app is available for free download for Apple and Android phones, and user can even help improve the app by uploading sounds and descriptions of their own baby’s cries.