Nearly 80% of hotel rooms in the US are empty, according to new data 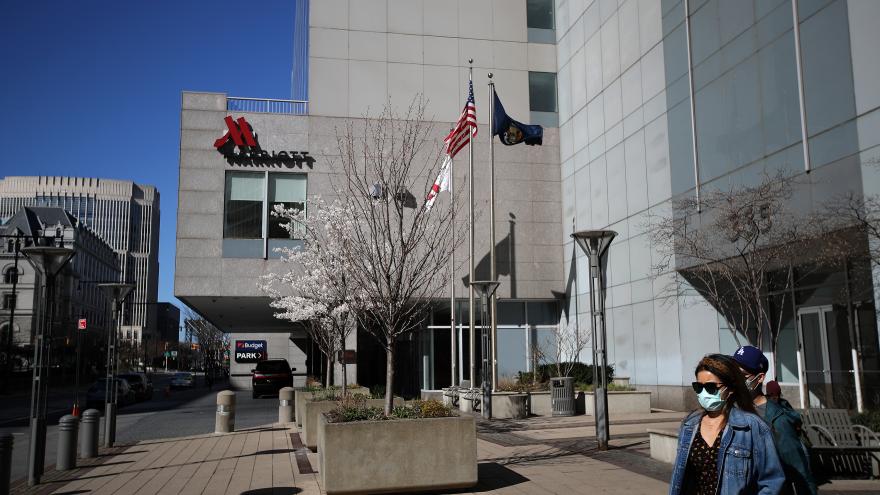 (CNN) -- The hotel industry has taken a massive hit as people continue to abide by stay-at-home orders during the ongoing coronavirus pandemic.

Only 21.6% of hotel rooms in the United States were occupied between March 29 and April 4, according to new data from hospitality analytics company STR. That is a 68% decrease when compared to the same week last year.

Those numbers could continue to drop, according to STR. The percentage from last week is slightly down from the week before.

Oahu Island, Hawaii is one of the most impacted by the lack of hotel guests. Only 7% of hotel rooms are occupied, the lowest rate for any market in the country. That figure is down more than 90% from the same week last year.

Across the board, economy hotels and lodging in suburban areas tended to have more people staying than other hotels, according to STR.

The findings are consistent with the larger trend within the hospitality industry, as coronavirus has forced hotels to take drastic steps to survive.

Marriott, for example, has furloughed thousands of workers because of the high rate of cancellations. The Intercontinental Hotels Group, which owns the Holiday Inn and Crowne Plaza hotel brands, said that demand for rooms is the lowest it has ever seen.

The lack of occupancy impacts employees in the industry, too. An Oxford Economics study predicts that whopping 44% of hotel employees in every state will lose their jobs as a result of the pandemic.

"When this has been lifted, please go out and travel and eat and let's be Americans again," Patel said. "But only when it's safe."