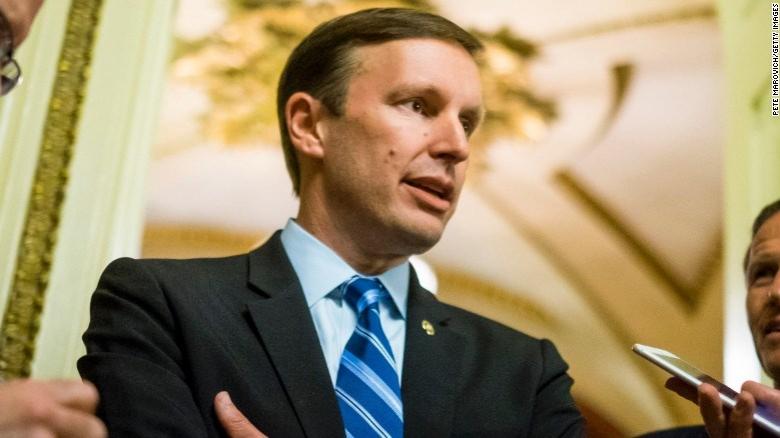 "It is our understanding ... that we have been given a commitment on a path forward to get votes on the floor of the Senate -- on a measure to assure that those on the terrorist watch list do not get guns and an amendment ... to expand background checks to gun shows and to internet sales," he said in a statement.

Other filibusters -- by Sen. Rand Paul in 2015 and Sen. Ted Cruz in 2013 -- helped launch presidential bids, but didn't result in substantive concessions. In that sense, at least, Murphy appears to have notched a victory by earning promises for votes.

Murphy held the Senate floor early into Thursday morning, vowing to stay "for as long as I can" until Congress acts on gun control legislation.

The Connecticut Democrat, who represented the district that includes Newtown as a House member, said: "I live every single day with the memory of Sandy Hook" Elementary, where 20 children and six adults were gunned down in 2012.

"This is one step. The fight is far from over," Murphy tweeted. "But there are millions of voices calling for change. And we cannot stop pushing."

His spokesman said Murphy will continue to "hold the floor to push for a vote on amendments to close the terror gap and expand background checks."

"I am most of the time around here a team player but I've had enough," Murphy said, noting that his move pushes off all other business on the Senate floor.

He continued for more than 14 hours and 50 minutes before yielding the floor.

The filibuster follows the deadly shooting at an Orlando gay club where 49 people were killed and and more than 50 others wounded. The gunman Omar Mateen was able to purchase weapons he used in the attack despite having previously been on an FBI terror watch list.

Murphy finished his filibuster with a large picture of Dylan Hockley wearing a shirt emblazoned with the Superman logo. Hockley was one of the children killed in the Sandy Hook shooting.

He was six years old.

"What can you do to make Orlando or Sandy Hook never, ever, ever happens again?" Murphy asked his colleagues.

Hillary Clinton tweeted her support for the Connecticut Democrat's filibuster, "Some fights are too important to stay silent. Preventing gun violence is one of them. Stand strong @ChrisMurphyCT."

Pennsylvania Sen. Pat Toomey was the first Republican to ask Murphy to speak on the issue.

"I'm of the view that it's time to get something done here," he said, adding that he still has concerns with current proposals about how they address citizens who end up on the watch list erroneously, stressing there should be some "mechanism to challenge status of being on that list."

Toomey, who is in a tight re-election race, has been in talks with a gun control group, Everytown for Gun Safety, on a potential compromise bill addressing those on the terror watch list. The group was founded by former New York City Mayor Michael Bloomberg, a longtime proponent of expanded background checks and other measures aimed at reducing gun violence.

U.S. home to nearly a third of world's mass shootings

Other Democratic senators came to the floor for the filibuster and continued the push for action on guns.

"When it comes to our response to the tragedy in Orlando, we are already beginning to see the splintering of America," said Sen. Elizabeth Warren of Massachusetts, one in a parade of Democratic senators who joined Murphy on the Senate floor to maintain his filibuster.

Vice President Joe Biden, too, lent his support to the filibuster. A Democratic senator from Delaware for 36 years, Biden said in a Wednesday night speech at a Sandy Hook Promise fundraiser -- the group works to prevent gun violence in schools -- that the move means "there's hope" for what appeared to be a stalled effort for tighter restrictions.

As the filibuster lit up social media, many gun control advocates cheered on Murphy and his fellow Democrats.

Rep. Elizabeth Esty, a Connecticut representative from the other side of Capitol Hill, had a care package for her state's junior senator.

New Jersey Sen. Cory Booker tweeted that he was that he was "grateful" for Murphy's leadership after the filibuster.

Multiple efforts to craft compromise gun legislation hovered in the wings, as Murphy led his dramatic filibuster into the night.

John Cornyn, the Senate's No. 2 Republican, told CNN that he is working with California Democrat Dianne Feinstein on a compromise proposal to address the issue of preventing those posing a terror threat from buying guns.

"We're working pretty feverishly," Cornyn said. "It's pretty clear Democrats aren't going to let us do anything until we deal with this issue."

Cornyn didn't say when a deal could emerge, but said, "We're trying to see if we can find common ground. We both believe that terrorists shouldn't get guns."

But Democratic leaders cautioned against an incremental approach on gun measures -- issuing a warning to Cornyn Wednesday.

"From what I'm told all of the compromises that are proposed by Cornyn are not at all acceptable to any of us who want to see the bill," said Sen. Chuck Schumer, who is in line to be the Senate Democratic leader next year. "All kinds of hoops and ladders you have to jump through to get on the list, makes the list virtually untenable."

Moderate Democrat Joe Manchin of West Virginia announced he was re-introducing background check legislation he had worked on before with Toomey.

"We're going to draw up the Manchin-Toomey bill, our background check bill, we'll drop it, as of now, it should be being drawn up now. And we think it's the fundamental building block of everything we do," Manchin said Wednesday.