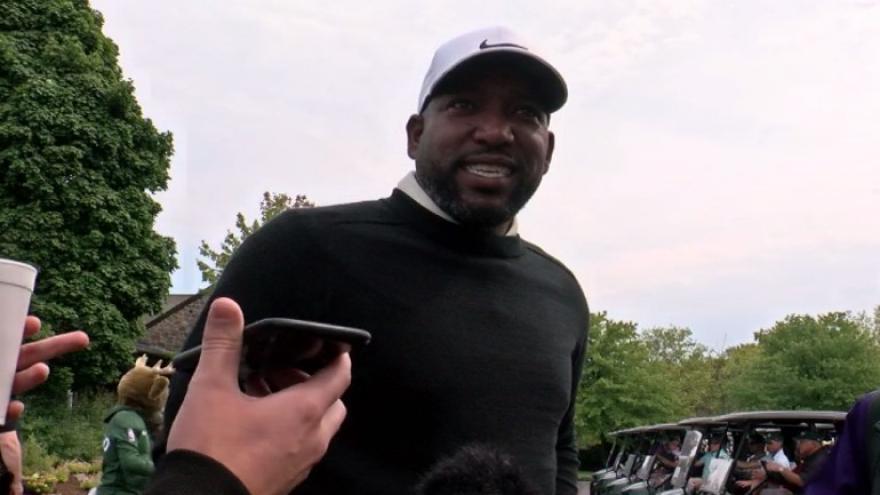 SAUKVILLE, Wis. (CBS 58) -- Money was raised for the Bucks Foundation on Monday, Sept. 13 during a golf outing, which is dedicated to helping underserved populations.

Fans recognized Michael Redd, the shooting guard who played for 11 seasons in Milwaukee starting in 2000, in attendance during Monday's golf outing.

How good of a shooter was he? He's the fifth leading regular season scorer in Milwaukee Bucks history.

"I'm in a great, great mode right now and this summer made it all the more special with the Bucks winning the championship," Redd said.

You may recognize his uniform number too. Redd wore number 22 before Khris Middleton did.

"He was on the training table, it was my retirement ceremony and he was wearing number 22 and I said, 'you know who wore that jersey, right?' And he said 'I do.' I said 'make sure you represent and hold it down.' He said 'I will sir, I will.' And he has done that, He's done an incredible job, he's had an incredible career," Redd said.

Redd is now active in business and the Christian Ministry in Columbus, Ohio.