N. Korea "ready for any mode of war desired by the U.S." 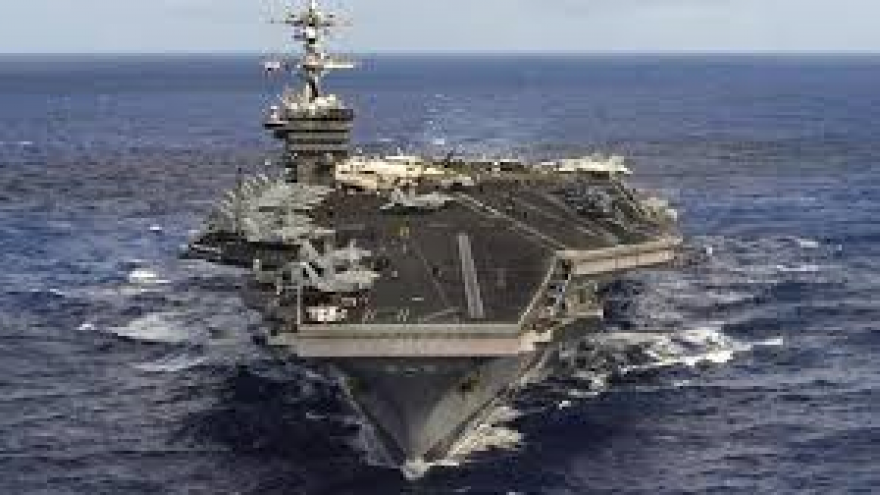 PYONGYANG, North Korea -- North Korea is vowing tough counteraction to any military moves that might follow the U.S. move to send the USS Carl Vinson aircraft carrier and its battle group to waters off the Korean Peninsula.

The statement from Pyongyang comes as tensions on the divided peninsula are high because of U.S.-South Korea wargames now underway and recent ballistic missile launches by the North. Pyongyang sees the annual maneuvers as a dress rehearsal for invasion, while the North’s missile launches violate U.N. resolutions.

“We will hold the U.S. wholly accountable for the catastrophic consequences to be entailed by its outrageous actions,” a spokesman for its Foreign Ministry was quoted as saying by the state-run Korean Central News Agency late Monday.The statement comes just after U.S. Secretary of State Rex Tillerson said U.S. missile strikes against a Syrian air base in retaliation for a chemical weapon attack carry a message for any nation operating outside of international norms.

He didn’t specify North Korea, but the context was clear enough.

“If you violate international agreements, if you fail to live up to commitments, if you become a threat to others, at some point a response is likely to be undertaken,” Tillerson told ABC’s “This Week.”

The North has long claimed the U.S. is preparing some kind of assault against it and justifies its nuclear weapons as defensive in nature.“This goes to prove that the U.S. reckless moves for invading the DPRK have reached a serious phase of its scenario,” the North’s statement said. “If the U.S. dares opt for a military action, crying out for ‘preemptive attack’ and ‘removal of the headquarters,’ the DPRK is ready to react to any mode of war desired by the U.S.”

U.S. Navy ships are a common presence in the Korean region and are in part a show of force. On Saturday night, the Pentagon said a Navy carrier strike group was moving toward the western Pacific Ocean to provide more of a physical presence in the region.