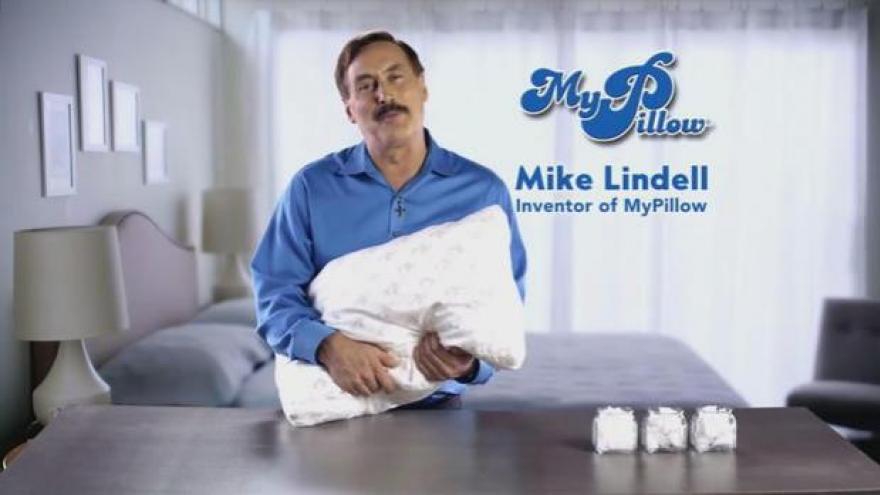 (CBS NEWS) The CEO and inventor of MyPillow is defending his advertising methods after the Better Business Bureau (BBB) dropped the pillow maker’s company rating from an A+ to an F and revoked its accreditation.

“Call now to order one of MyPillows. When you do, I’ll give you a second one absolutely free,” MyPillow inventor Michael Lindell said in the commercial.

But it’s the year-long advertising that got the company into trouble with Minnesota’s BBB.

“Anytime a company offers a BOGO or buy one, get one free continuously, then that becomes the normal price of the item,” BBB’s Barb Grieman said.

Greiman said the bureau had been urging the pillow manufacturer to change its advertising since last August. But Lindell said, “If they feel I ran it too long that’s, you know, I don’t agree with that. And I have my new ads coming out in January.”

He defended his advertising.

“I had to make a decision as a CEO and I’m going to live with that decision I made. So people got great deals for Christmas from MyPillow,” he said. “Whatever the BBB does now, that’s their choice.”

Greiman said the advertising has been misleading to consumers.

“The other problem is that we were hearing from consumers who said I could go to another retail outlet and get that pillow for less,” Grieman said.

Of the hundreds of complaints, many came from consumers confused or angry about the offer. One customer wrote on the BBB website: “This is false advertising the offer ‘buy one get one free’ should be 49.00 the price of 1 pillow...this company clearly is lying to all of us!”

Another claimed: “They advertise buy one get one free, but this is very misleading.”

But it’s not the only complaint. In October, the company settled a case with district attorneys in California, who sued the company over its claims that the pillows could help with conditions including sleep apnea and fibromyalgia.

While admitting no fault, MyPillow settled and agreed to pay over $1 million in penalties.

“That’s another frivolous lawsuit… I believe that in both places they were wrong and I’m sticking by what I believe in. I want to give my customers the best deal,” Lindell said.

As of yesterday, the buy one, get one free deal was still available on their website. Lindell, who says he suffered from addiction for years, said his pillow company is really just a platform for a bigger cause -- a foundation he is setting up he said to help those in need worldwide.